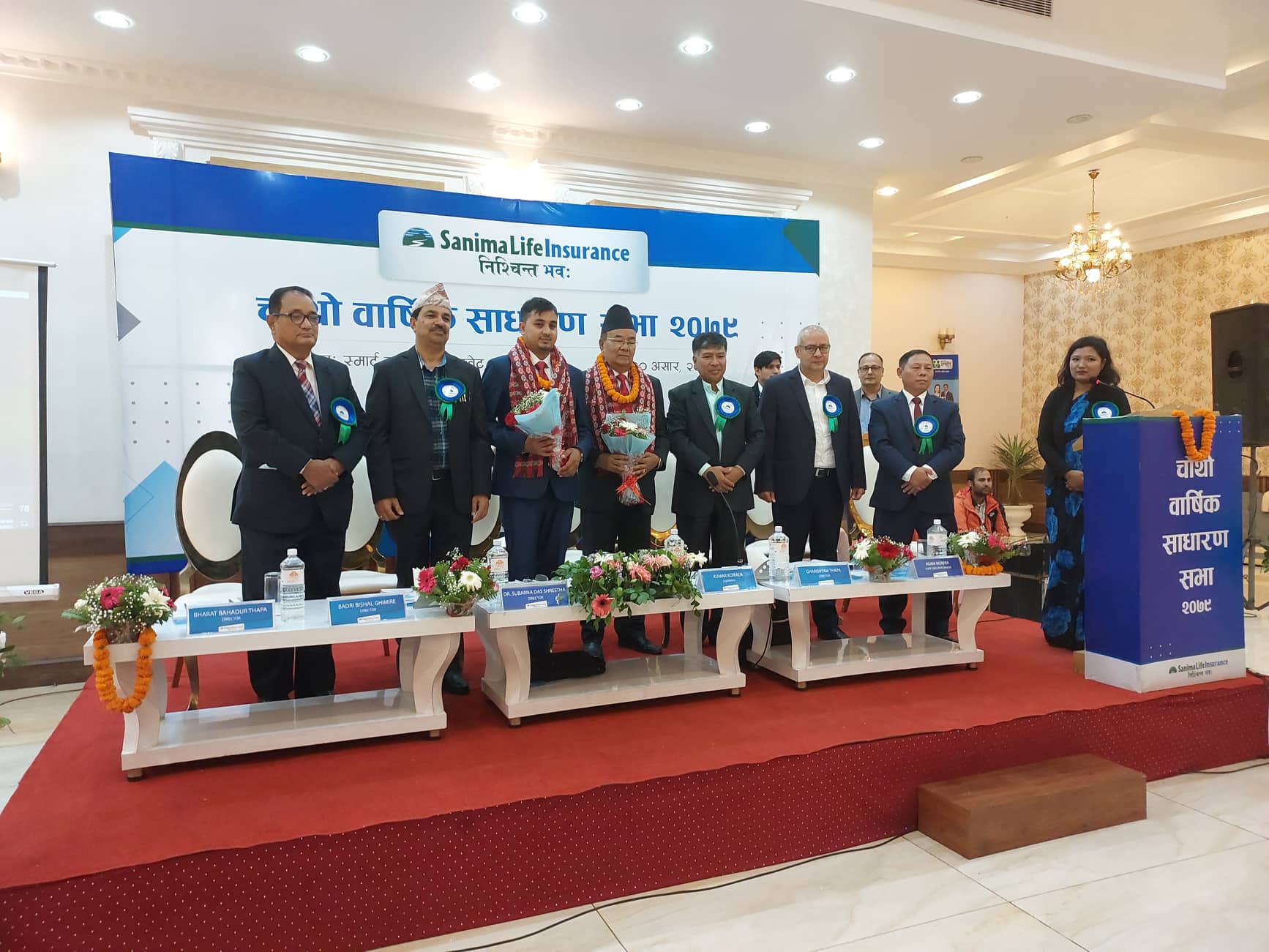 Kathmandu: The general meetings of Sanima Life Insurance and Reliance Life Insurance have concluded with the agenda to delegate authority to the Board of Directors(BODs) for necessary amendments in the MoA and AoA of the company.

The fourth AGM of Sanima Life has passed the agenda to delegate authority to the BODs for necessary amendments to the Memorandum of Association(MoA) and Article of Association(AoA) for the purpose of merger and acquisition with any other life insurer. The meeting has also passed the agenda to distribute a total of 4.42 percent dividend including 4.2 percent bonus shares and 0.22 percent cash dividend for tax purposes against the dividend. The AGM was held at Smart Durbar Banquet, Dhumbarahi, Kathmandu through virtual medium.

The AGM has elected board of directors, Keshabaraj KC and Shibahari Ghimire from the public shareholders group.

Similary, the special general meeting(SGM) of Reliance Life Insurance has also passed the agenda to delegate authority to the BODs to take the entire merger process forward.

The meeting has passed a resolution to increase the authorized capital of the company from Rs 3 billion to Rs 5 billion.

As per the regulatory capital requirement, each of the life insurers must maintain at least Rs.5 billion paid-up capital within the end of current year.

Insurance Board Mulls to Give Written Exam For Agency License

Life Insurers maintain growth with the support from Renewal Premium

Nirmal Dahal to Take the Charge of Prime Life’s CEO

No More Excuses For State-owned Insurers: Insurance Board Chairman

M & A: FIEUN Urges Regulatory Authority to Guarantee Jobs and Facilities of All Employees

Nirmal Dahal to Take the Charge of Prime Life’s CEO