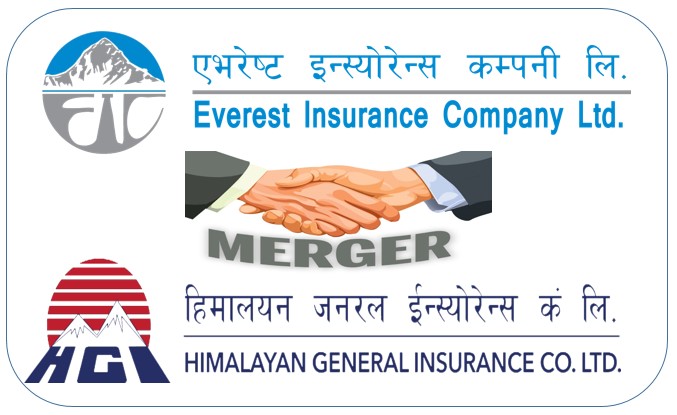 Kathmandu: The merger process between Everest Insurance and Himalayan General Insurance Company has been concluded after final approval received from the Insurance Board. The Board has decided to give final approval to the merger.

Chairman of the Board Surya Prasad Silwal said that the final approval was given on to the two general insurers to conduct integrated business after the merger as per the decision taken on Tuesday on the basis of all the documents of these companies. This is the first merger in the insurance industry which has been concluded successfully.

After the merger, the company’s capital will reach around Rs 2.23 billion. As per the new provision for paid up capital of non-life insurers, the minimum paid up capital must be Rs.2.5 billion by the mid April 2023.