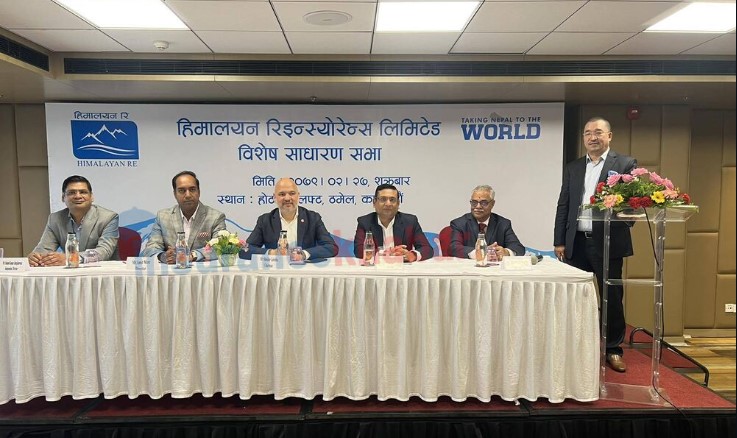 Kathmandu: A special general meeting(SGM) of Himalayan Re-insurance(Himalayan Re) Limited has been concluded at Hotel Aloft Thamel with the resolution to issue IPO at a premium to the public.

Similarly, it has also approved the agenda to make necessary amendments in the Memorandum of Association and Article of Association of the company as per requirement under regulator’s directives and instructions and has delegated the authority to the board of directors for the same.

Likewise, the House has passed a resolution giving authority to the Board of Directors to take necessary decision in case of any changes required by the regulatory body.

Himalayan Re is the newly established and second re-insurer of Nepal. Prior to Himalayan Re, only state-owned Nepal Reinsurance (Nepal Re) was functional in Nepal.