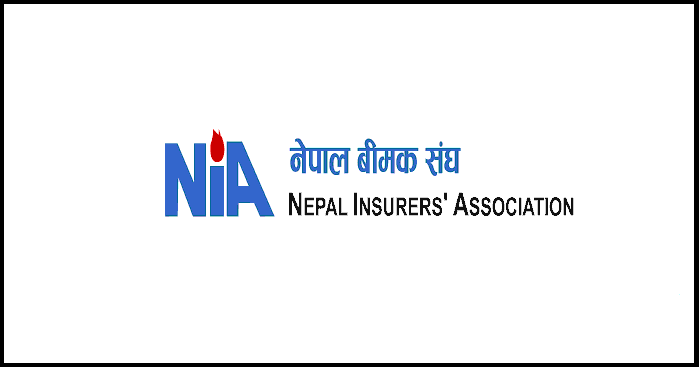 Kathmandu: Nepal Insurers’ Association(NIA) has revealed that out of the total re-insurance premium, only 5 percent remains with the re-insurers while balance is retained by the insurance companies themselves.

Furthermore, even during including the loss claimed and reinsurance agreement of current fiscal year 2078/79, the statistics show an average of 70% of claims and an average of 25% of commission.

The NIA has unveiled the study report to make the regulatory authority and stakeholders aware about the facts that re-insurance support from global re-insurers is not a business of loss for Nepal. The Insurance Board, regulatory authority has made it mandatory for all the insurance companies to take 100 percent re-insurance support from Nepal-based reinsurers, namely Nepal Reinsurance and Himalayan Reinsurance. The new provision on mandatory cession will be effective from new financial year 2079/80(mid-June 2022).

The IB has made claims that mandatory cession has been introduce to control the trade deficit and retain the foreign currency in Nepal. But surprisingly, the fact reveals that re-insurance business with abroad re-insurer is not a business of loss.

”Due to the persistent damage caused by natural hazards, the foreign re-insurance companies have incurred huge losses in their business from Nepal. The regulation issued by the regulatory body stating that the ‘A minus’ rating company is required to be the lead company has created chaos in the reinsurance agreement of most insurance companies.”

NIA has mentioned that, Nepal-based reinsurance companies, Nepal Reinsurance Company Ltd(Nepal Re) and Himalayan Reinsurance Ltd (Himalayan Re), don’t have the capacity to assume the entire re-insurance business and the entire insurance sector is likely to collapse as these reinsurers will not be able to bear the huge losses incurred through retro support.

”Himalayan Re’s capacity to pay the loss claim is also very low as compared to state-owned Nepal Re. The net worth of Himalayan Re is Rs. 7 billion and while Nepal Re has a net worth of Rs. 15 billion. When foreign reinsurance companies are not included in the re-insurance support, there would be a challenge to settle the claim of Rs. 13 billion till the fiscal year 2077/78.”