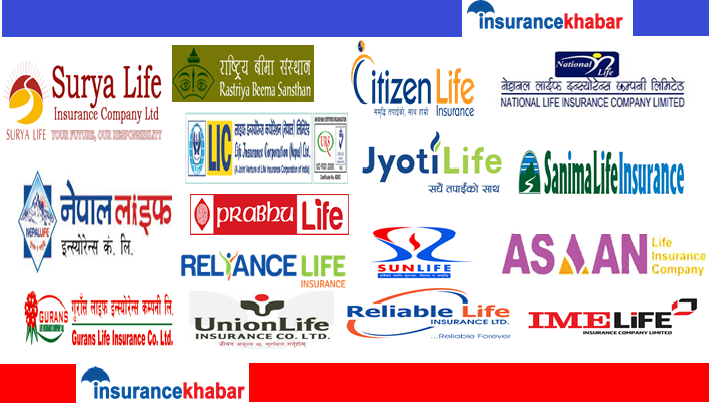 Kathmandu: The negative effect of liquidity crunch in bank and financial institutions (BFIs) continues to emerge on the business side of life insurance companies. The insurance industry has witness decline in first premium income growth since last few months.

As per the date unveiled by the Insurance Board(IB), Life insurance companies have collected only Rs. 25.91 billion first premium income(FPI) till the end of first eight months of current fiscal year. The income from renewal insurance premium(RPI) is Rs. 66.28 billion till Fagun end.

In the first eight months of the current FY, Nepal Life Insurance(NLIC) alone has earned the highest insurance premium of Rs. 23.93 billion. Life Insurance Corporation Nepal, which is in the second position, has earned Rs 11.11 billion total premium. The FPI of Nepal Life was Rs.4.38 billion while LIC Nepal earned Rs. 1.69 billion FPI.

Among the new life insurance companies, Union Life has earned the highest amount of Rs 5.58 billion. Of which, RPI alone is Rs. 3.98 billion. While Asian Life earned Rs 4.54 billion in premiums till Fagun end, while the FPI remained Rs. 1.29 billion.

Life insurance companies had earned the Rs. 23.32 billion FPI till Magh month of current FY. They had earned Rs. 2.42 billion in the same month.
Industry experts opine that the business will not improve till next few months as there’s lack of investable funds for the BFIs. Most of the life insurance policies with high sum assured and premium is sold to the business community. Since, this community is passing through financial crisis due to the scarcity of loan, the life insurance industry is affected accordingly.