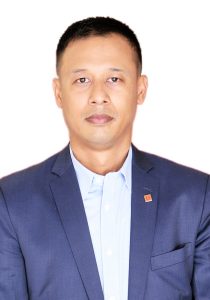 Kathmandu: Prabhu Life Insurance Company has elected Subhash Amatya,41, the Chairman of the Board of Directors. The chairman of Insurance Board(IB) has administered oath of office and secrecy to newly appointed chairman Amatya at the IB’s office.

Amatya has been a member of the Board of Directors of Prabhu Life since 2017 representing the promoter’s group. He has also been the managing chairman of Sunrise Holding, Ilum Agro Farm. He is currently a member of BOD of Shubham Power and Varun Hydropower. He is also an executive member of the Airlines Operators Association of Nepal, chairman of River Falls Hydropower, and managing director of Prabhu Helicopters. Amatya is the youngest chairman of BODs of Insurance Industry of Nepal. He hails from southern city Birgunj.

Earlier, Prabhu Life had appointed Chartered Accountant Santosh Prasain as an insurance expert. It has been expected that Prasain will assume the responsibility of the chief executive officer in the next few months.