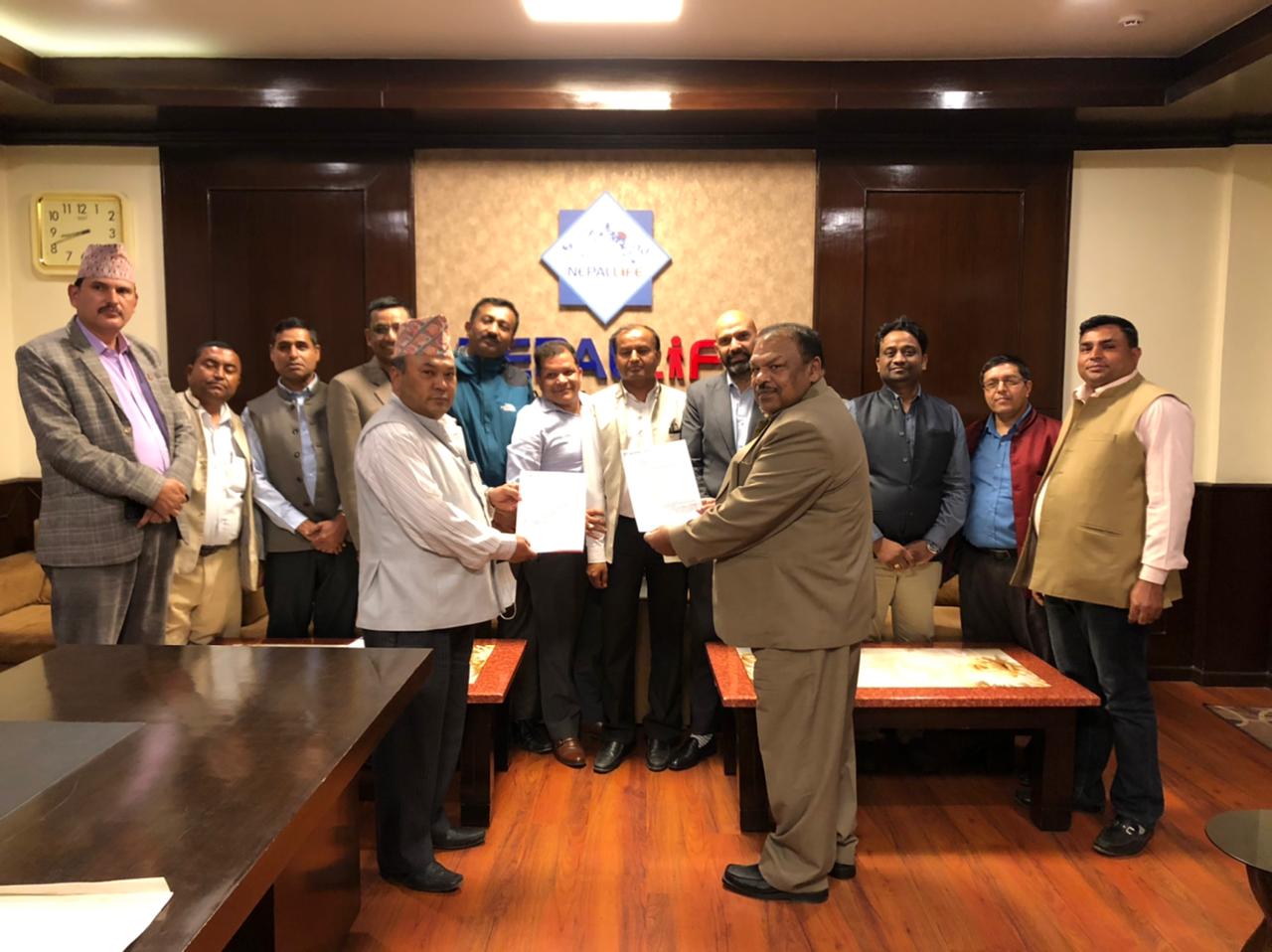 Kathmandu: The ongoing agitation of the life insurance agents of Nepal Life Insurance Company(NLIC) has come to an end after an agreement was reached with the agitating group and the NLIC’s management. Both parties have agreed to sign an MoU to fulfill 11 of the 18-points demands submitted by the agents.

The company has stated that 7 of these demands have already been addressed. It has expressed commitment to the issue of non-fulfillment of demands. The agents have called a nationwide strike after NLIC’s management increased the news business target slab of agents. The agents had requested the company to keep the bonus rate unchanged. Accordingly, the management has expressed its commitment to try increasing the bonus rate at least equal to the previous financial year.

Addressing the request of the agents for some modifications in the existing self code, the company has agreed to modify the structure. The company and the agents have agreed to proceed as per the provisions of surrender value and policy loan mentioned in the Article 10 of the Life Insurance Policy Directive 2078 issued by the Insurance Board for surrender value and policy loan. The company has stated that special attention has been paid to the business growth of the agents by arranging training and capacity building programs for all the new and old agents belonging to the company from time to time.

Regarding endowment plan, it has been agreed to provide term life insurance policy of Rs.200,000 in the case of those who collect the first premium of Rs.400,000. The agreement stipulates that the company will identify the posts of the employees from time to time and make arrangements for them by recruiting qualified and experienced employees in a transparent manner through the recruitment committee. The company has signed a memorandum of understanding (MoU) saying that it has been issuing discount schemes from time to time and will continue to do so in the future.