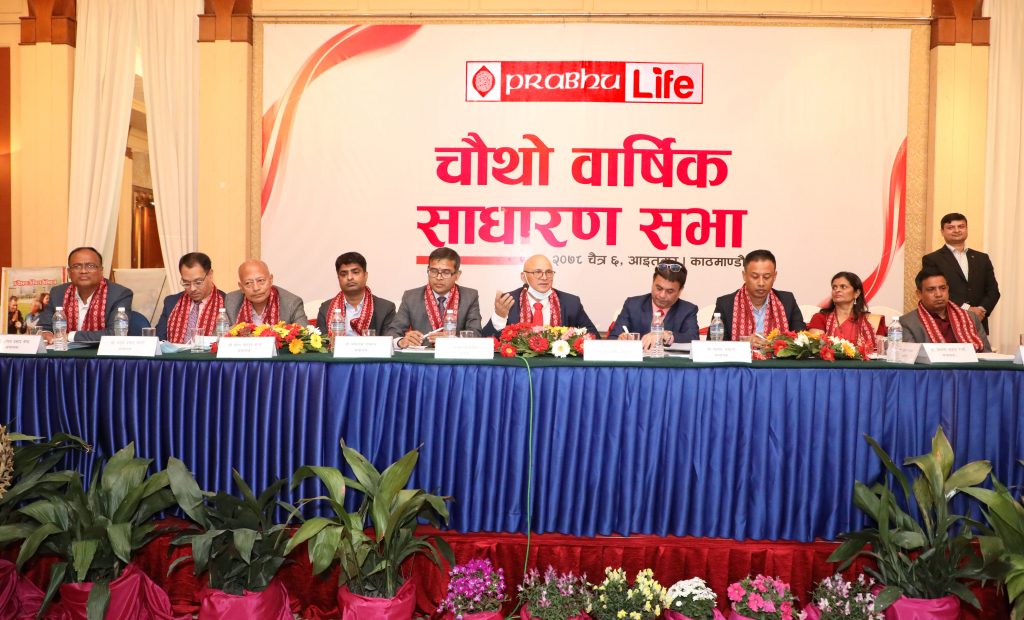 Kathmandu: The fourth annual general meeting(AGM) of Prabhu Life Insurance has been concluded at the Hotel Radisson, Kathmandu. The statement of the chairperson and the annual report of the board of directors for the fiscal year 2076/77 have been discussed and approved by the assembly.

The financial statements of the fiscal year 2076/77 including the auditor’s report, profit and loss account, cash flow statement too have been approved. Similarly, CA Shankar Gautam and CA Deepak Pandey have been unanimously elected on behalf of the general shareholders of Group B. Similarly, on behalf of the promoter’s shareholders of Group ‘A’, Dr. Bimala Dahal Regmi and independent director Anil Prasad Shrestha have been elected.

Similarly, the meeting passed a resolution approving the financial assistance provided by the company to the Government of Nepal in the fiscal year 2076/77 under the corporate social responsibility to help the Covid19 affected people in accordance with Section 105 (1) (c) of the Companies Act, 2063. .