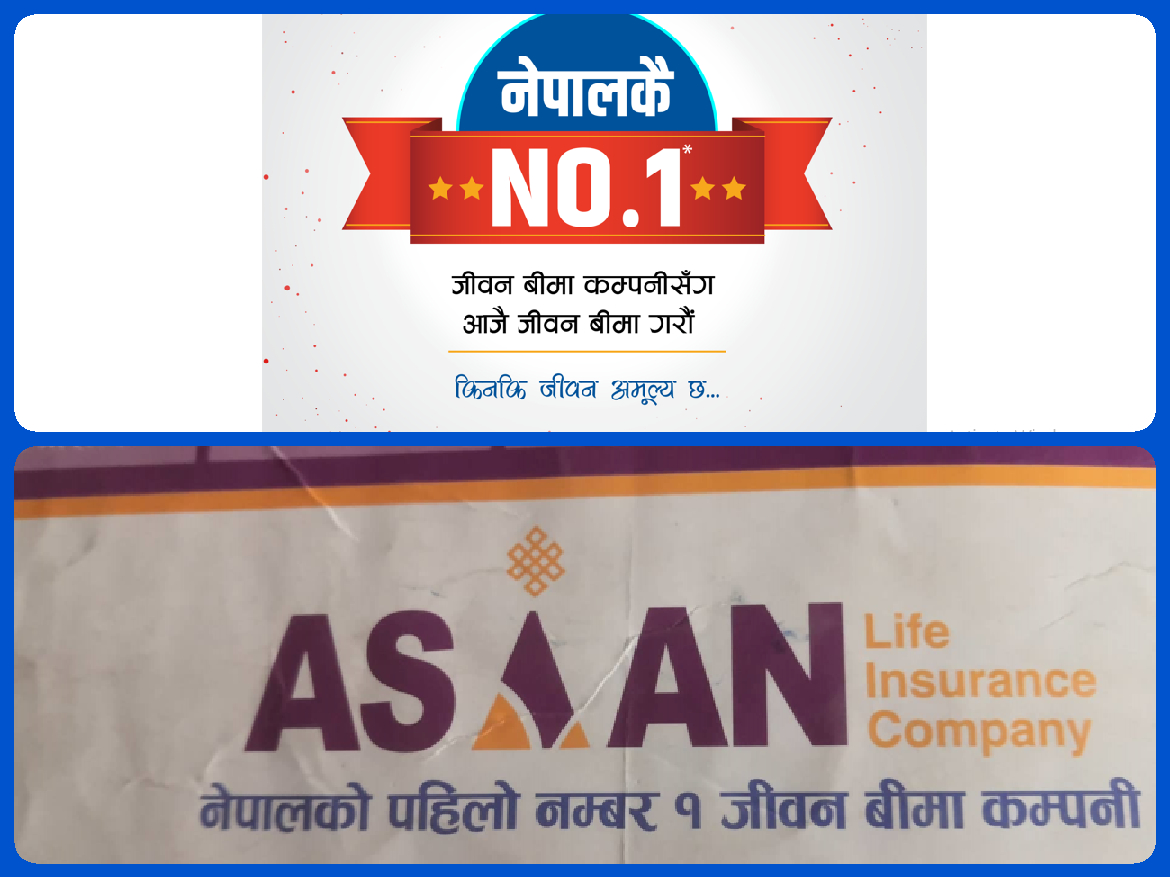 Kathmandu: The ‘Number One’ media campaign of Nepal Life Insurance Company(NLIC) has drawn controversy. Nepal Life has recently launched the ‘Number One’ campaign in the media claiming that it stands at the top position among the life insurance companies of Nepal.

But interestingly, the regulatory authority, the Insurance Board(IB) is quiet on such controversial media campaign. As per the existing practice and the sensitivity of the Insurance Industry, a company cannot claim itself to be ‘Number One’ on any ground.

Insurance Industry experts opine that, an insurer can use the credit rating for its credibility or promotion but claiming to be ‘Number One’ based on mere few financial data is completely wrong. There’s many inherent risk in an insurance company, an insurance company can fall in financial trouble despite having high paid-up capital, funds for investment, reserves since all the risk cannot be predictable.

Years back, during the financial year 2066/67, Asian Life Insurance Company had launched the same campaign claiming it to be the ‘Number One’ life insurer of Nepal. The IB immediately warned Asian Life Insurance to withdraw the campaign or face legal action from the regulatory authority. Asian Life had claimed itself to be number one on the ground of the highest number of insurance policies issued in Nepalese Insurance Industry.

An officer of the IB has admitted that the intention behind claiming to be number is completely wrong and beyond the business ethics of insurance industry. If the IB evaluates and rewards as a ‘Number One’ , that would be justifying but self-declaration is not acceptable.

Sources have claimed that Nepal Life has allocated around Rs.10 million to run the campaign. Recently, many controversies of Nepal Life has come into limelight. The company is suffering from poor internal control where as the direct interfere of Board of Directors(BODs) in the day to day operation has also been widely criticized. The financial report of Nepal Life Insurance proves that it has the highest amount of outstanding claim.

Another report has exposed that the members of Nepal Life’s BODs have made enough money for attending the meeting of different committees and sub-committees. The meeting of the Board of Directors of the IB has taken decision to take action against Nepal Life on the ground of excess financial exploitation of the company by its members of BODs Mr. Kamalesh Kumar Agrawal and Mr. Bimal Dhakal.