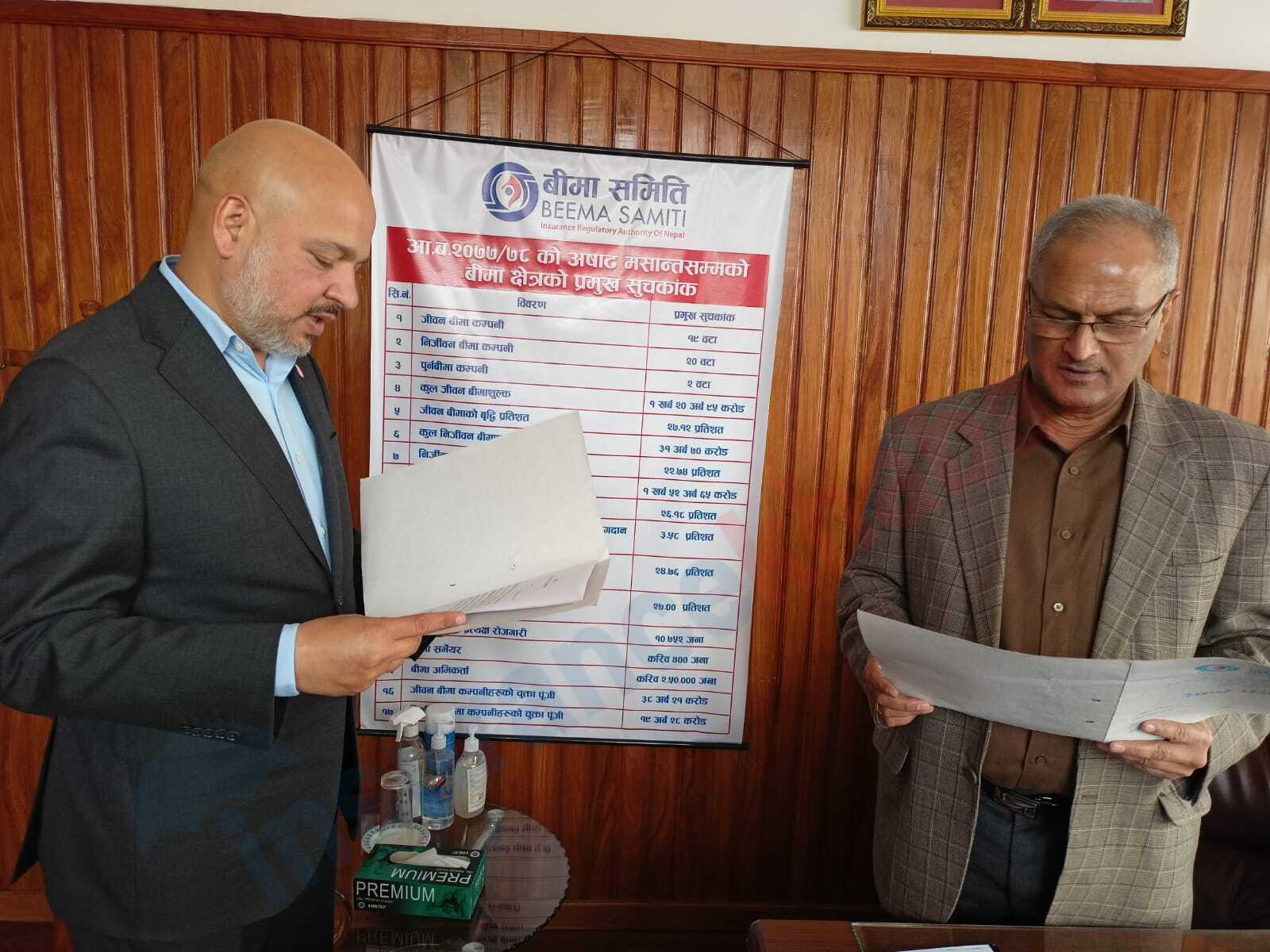 Kathmandu. Newly elected chairman of Himalayan Re-insurance Company, Shekhar Golchha, has taken the oath of office and secrecy from Insurance Board Chairman Surya Prasad Silwal. Chairman Golchha was sworn in at a function held today at the IB’s office.

The promoter chairman was elected as the chairman of Board of Directors(BODs) from the first annual general meeting(AGM) of Himalayan Re. He will be the chairperson for the next four years.

Himalayan Re is the first private sector re-insurance company of Nepal. It has been promoted by the renowned Corporate Houses of Nepal along with the two state-owned leading commercial banks, Rastriya Banijya Bank and Nepal Bank Limited.

The credit rating for Himalayan Re is underway. Credit rating agency AM Best has been awarded the contract for rating assessment.