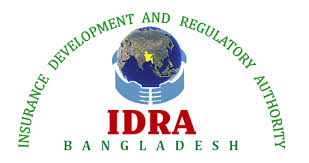 Kathmandu: Panic has gripped the insurance sector in Bangladesh after a decade-long scandal involving a state-owned insurance company became public.

It has been confirmed that a group of 34 people including the former manager of the state-owned non-life insurance company Sadharan Beema Corporation (SBC) misused the premium amount collected from the insured from 2010 to 2020 through fake bank accounts.

The Anti-Corruption Commission (ACC) of Bangladesh has estimated that around Rs 259 million has been embezzled in insurance premiums in Bangladeshi currency.

According to Dhaka Tribune, Abul Qasim, a former manager of the audit and compliance department at SBC’s head office, is the mastermind behind the organized scam involving 34 senior executives from various other organizations.

When Kashem was the manager of SBC’s new market branch in 2009-2010, he had used forged identity cards and documents to open a bank account at Exim Bank in which he had collected around Rs 278 million in insurance premiums. He has withdrawn Rs. 261.5 million by withdrawing cash and transferring money to various other bank accounts.

The money collected from the marine insurance business with the Bangladesh Power Development Board (BPDP), Bangladesh University of Engineering and Technology (BUET), and the Bangladesh Council for Scientific and Industrial Research (BCSIER) has disappeared from the government insurance company’s account.

Despite a decade of scandals due to weak regulation, the regulatory body Insurance Development and Regulatory Authority (IDRA) had not even heard of it. The number of insurance companies operating in Bangladesh is more than double the manpower and capacity of the regulatory body. Also, the chairman of the insurance regulatory body is filing a case in the court on the charge of financial scam.