As per the latest data on October 29,2021 available on the dashboard of Health Insurance Board(HIB), there are total 45,16,694 enrollment in the health insurance program all over Nepal. Out of which Province 2 only 2,02,356 people have enrolled for HIP. 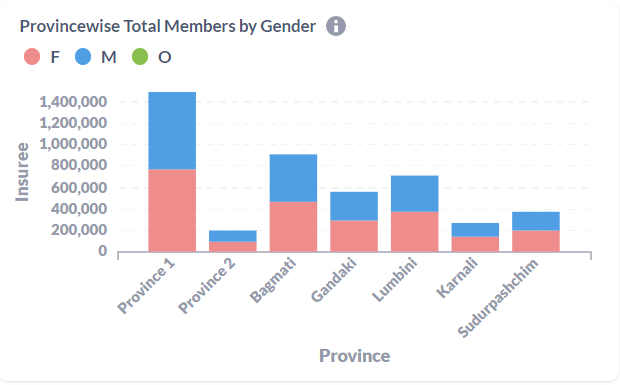 In terms of number of people enrolled in HIP, Siraha district outnumbers rest of the seven districts under Province 2. Siraha has 63,941 people enrolled for HIP. Parsa has the second highest enrollment with 37,544. The provincial Head Quarter Dhanusa is in sixth position in terms of total number of enrollment. 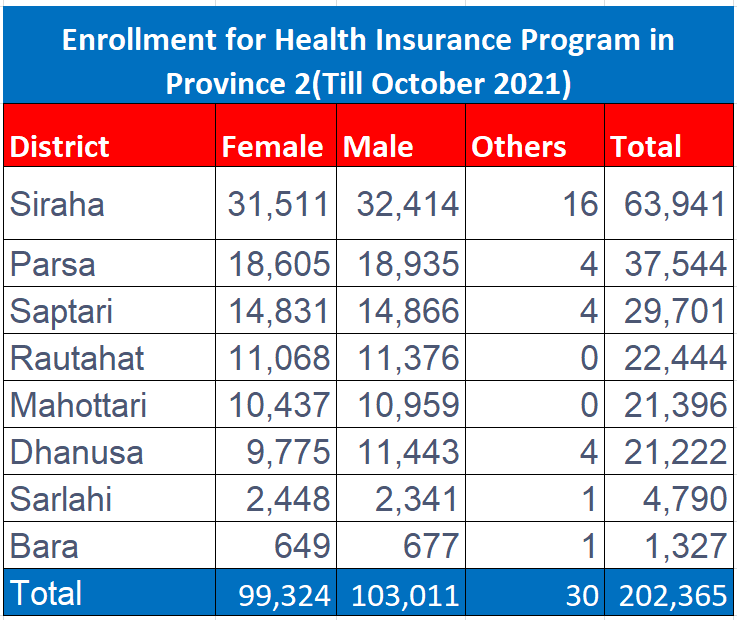 Though Parsa has the highest number of Hospital and Medical Colleges, its enrollment it stands in second position.

Locals blame that the suffering to receive health insurance facilities and scarce of medicines are the major reason behind their indifference to the HIP. The medicines suggested by the doctors are not available for long in the concerned pharmacy.