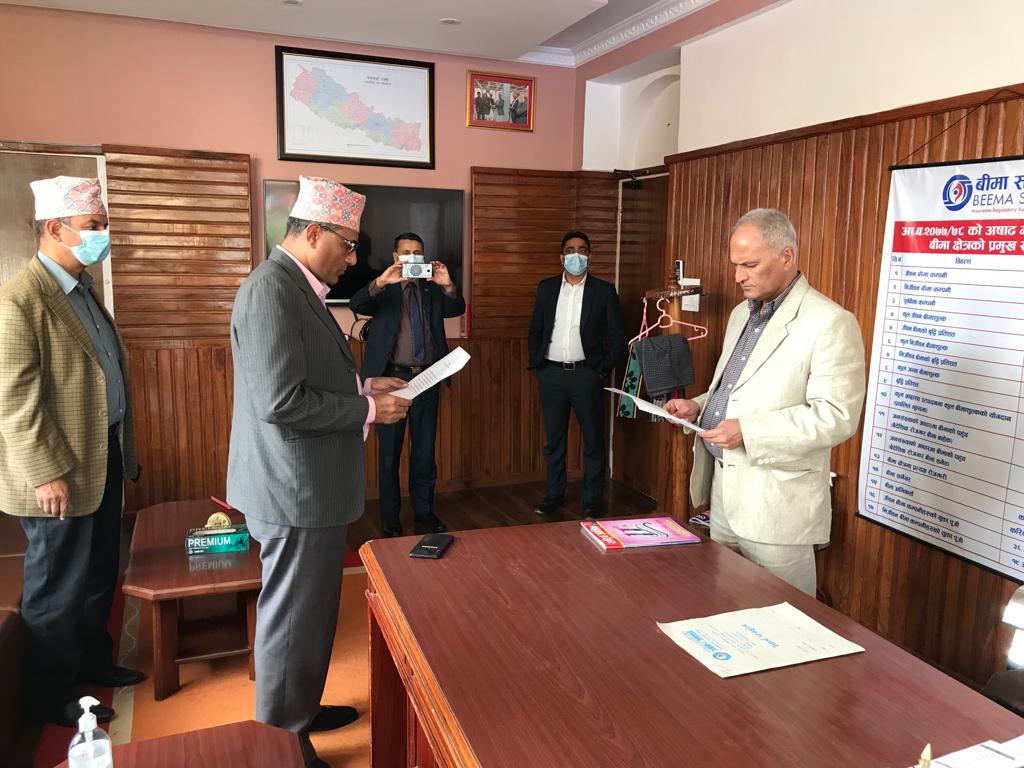 Kathmandu: Insurance Board’s Chairman Surya Prasad Silwal administered the oath of office and secrecy to newly appointed chairman of Nepal Re-insurance Company(Nepal Re), Dr. Rabindra Ghimire. A meeting of the Council of Ministers held on October 25,2021 had appointed Ghimire the chairperson of Nepal Re for the next four years.

Dr. Ghimire, who has a doctorate in insurance, is a professor at Pokhara University School of Business.