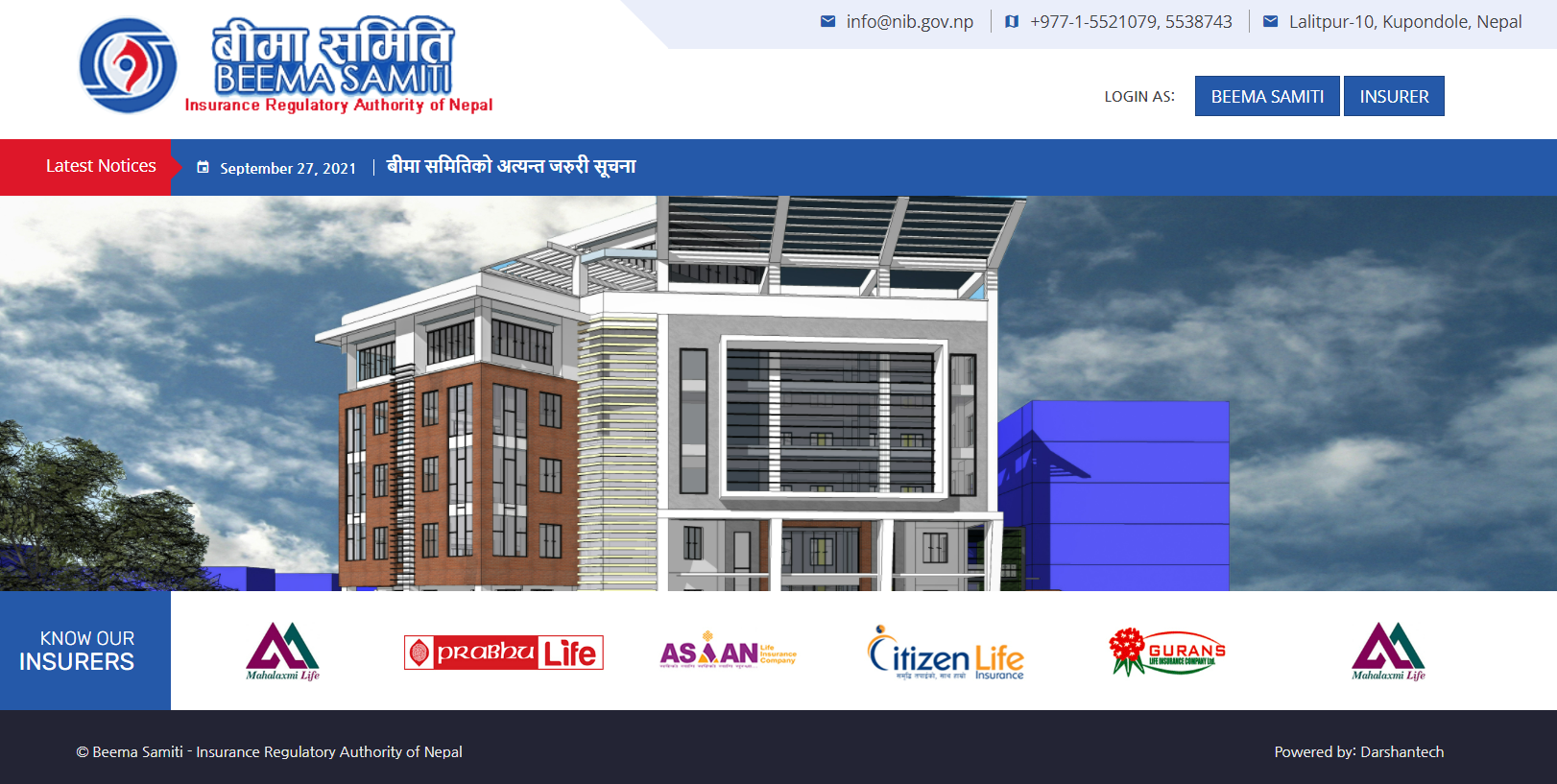 Kathmandu: The Unified Software, inaugurated by the Insurance Board on July 16,2021, has not yet been utilized to generate accurate data. Though the system was inaugurated in a hurry, the IB has not implemented the Integrated Software called Insurance Regulatory Management Information System (IRMIS) yet.

The officials of the IB claim that some insurance companies seeking excuse showing the cause that there’s mismatch between the data entry format of the Insurance Companies and IRMIS is the major issue for data synchronization. As per official information among 39 insurance companies only Surya Life, Jyoti Life and Reliable Life Insurance have uploaded updated data on IRMIS.

Despite having the IRMIS, the IB has emailed the companies on Monday to provide the details of the claim received by the insurance company due to floods through email.

There are many errors in compiling statistics manually. Insurance companies say that even the micro-insurance statistics posted by the IB on its website are not accurate. Such data may bring wrong interpretation and forecasting for scholars and researchers.