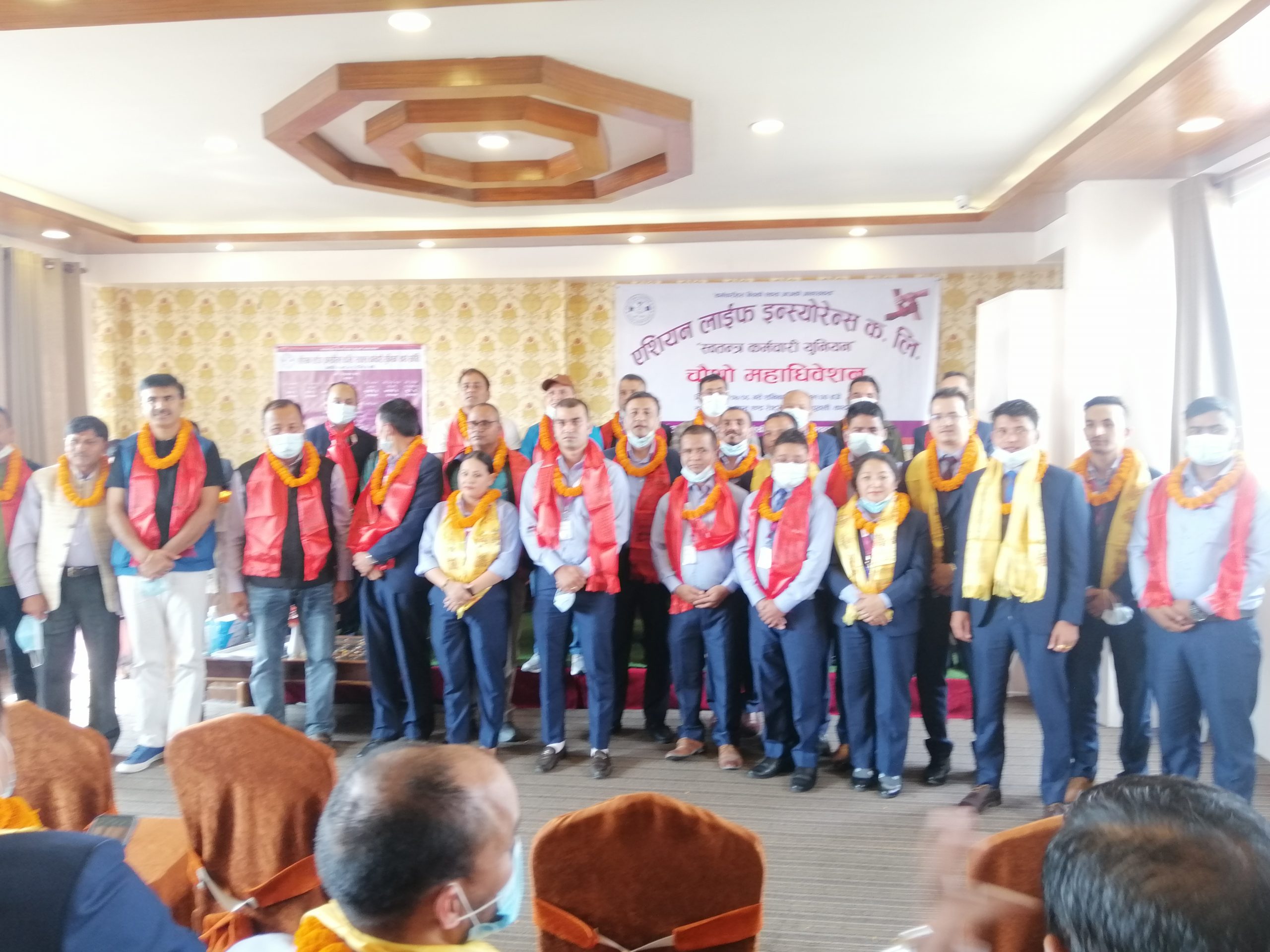 Kathmandu: The fourth convention of the Independent Employees Union of Asian Life Insurance concluded at Hotel Tapas in Battisputali today.

The newly elected working committee was headed by Deepak Kumar Shrestha, Chairman of the Board of Directors of the company, Dinesh Lal Shrestha, Chief Executive Officer,