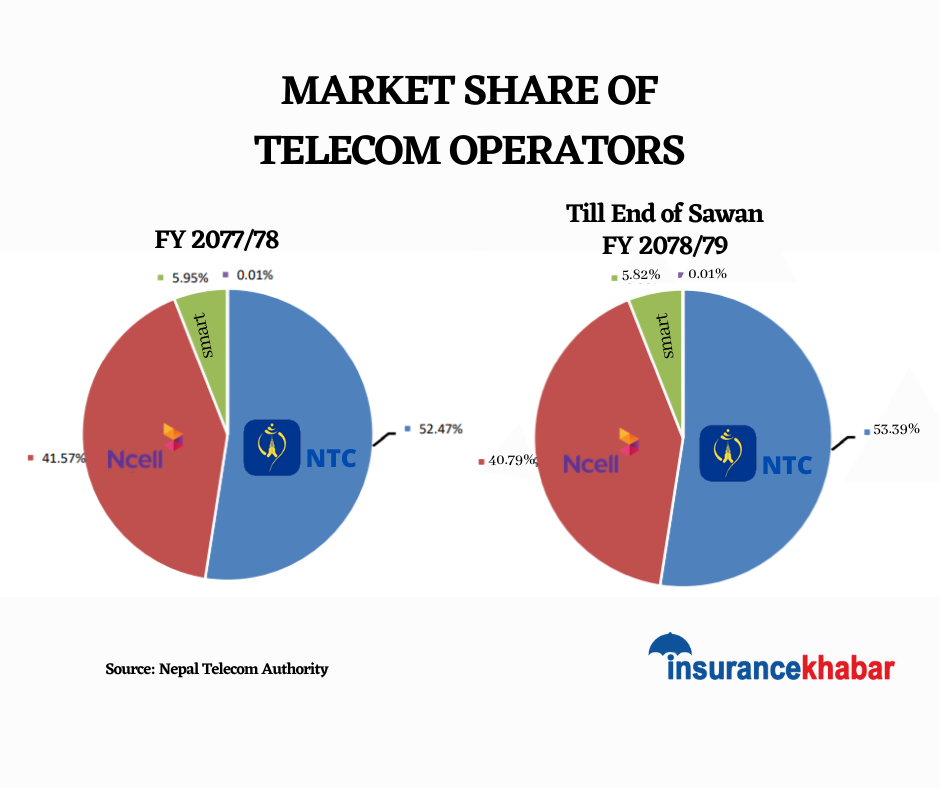 In the telecommunications services sector, the market share of Ncell, which was 41.57 percent in the last FY 2077/78, has declined by 0.78 percent during the first month( Mid July to Mid August 2021) of current FY. The market share of another private sector service provider, Smart Telecom, which has an average market share of around 6 percent, has also declined.