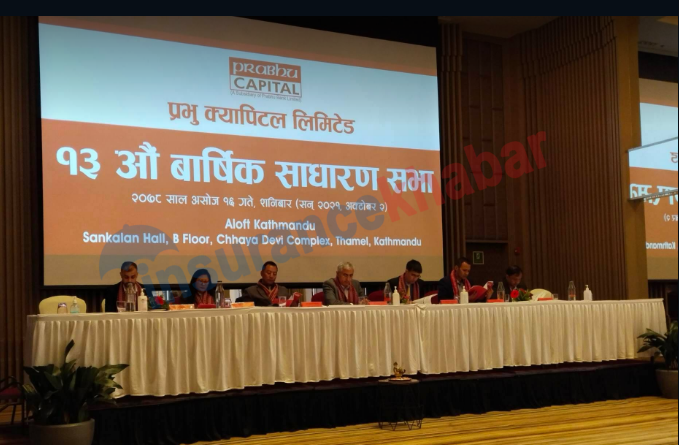 Kathmandu :The 13th Annual General Meeting of Prabhu Capital concluded today at Hotel Aloft Kathmandu. The meeting has discussed and passed the report of the BOD for the FY 2077/78 presented by the chairperson.

Similarly, the AGM has passed the schedules including the auditor’s report, balance sheet, profit and loss, cash flow statement of FY 2077/78. Similarly, a proposal to re-appoint auditor Acharya Suman Associates has been approved.

Similarly, 17.61 percent cash dividend including tax and 22.3885 percent bonus share of the existing paid up capital has been passed. Now the capital of the capital will reach Rs. 1 billion. The AGM has passed the proposal for increase in paid up capital.

The AGM passed a resolution authorizing the BODs to make necessary amendments in the MoA and AoA of the company as per the instructions received from the regulatory body.