Kathmandu: New life insurance companies have started to appear in the forefront in the first premium income(FPI). In terms of the total premium income(TPI), the market share of the old seems to be high, but the new ones are starting to compete for the RPI too.

The life insurance companies established 4-5 years ago have been able to compete with the old. Looking at the data for the first two months of the current FY, the FPI earned by the old insurance companies is Rs. 3.65 billion but the new one is Rs. 2.73 billion. If the new companies become aggressive in the same proportion, in the next 4/5 years, the old ones will be surpassed in both RPI and FPI. 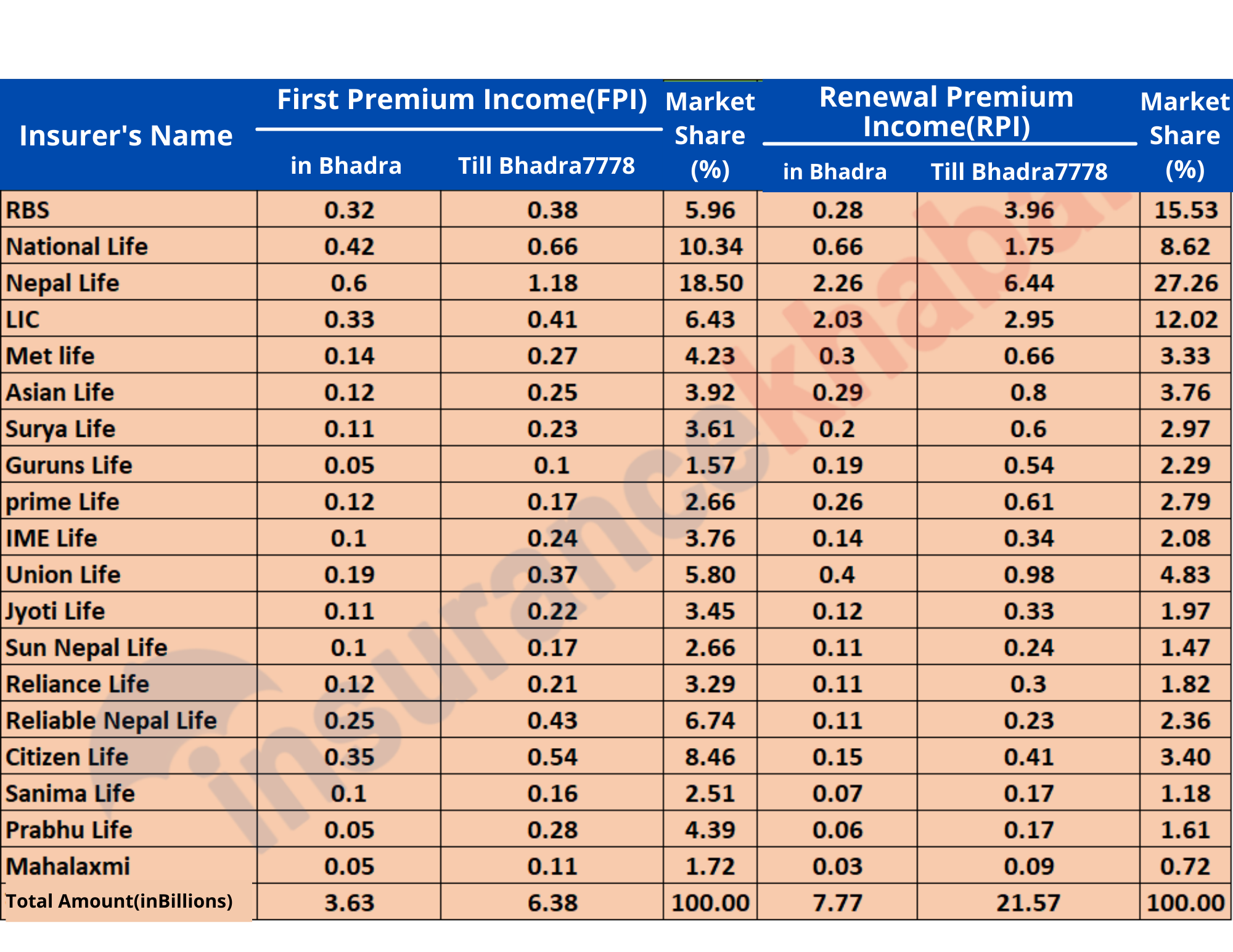 Nepal Life has the largest market share in TPI at 27.26 percent. But if you look only at the first premium, the market share of the company is only 18.50 percent. Similarly, Rastriya Bima Sansthan, which is in the second position in terms of TPI, is in the sixth position in terms of FPI. The company has a market share of 10.34 percent on TPI but only 5.96 percent on FPI. As the organization has been insuring the lives of civil servants, it has been leading in earning insurance premiums.

Life Insurance Corporation Nepal, which accounts for 12.02 percent of the TPI, has only 6.43 percent of the FPI. But National Life has more market share in FPI than in TPI. The share of National Life is 10.34 percent in the FPI, which is 8.62 percent. National Life seems to have taken the initiative to bring in newer businesses than the old ones.