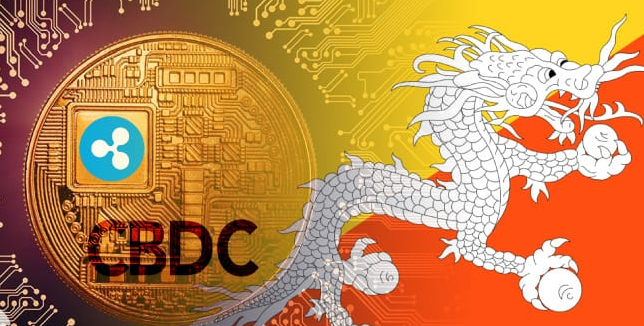 Kathmandu: The Royal Monetary Authority of Bhutan (RMA) is about to launch South Asia’s first central bank digital currency (CBDC). It has announced that a pilot project will be launched in collaboration with Ripple Labs, Inc. (Ripple) of USA, the leading provider of enterprise blockchain and crypto solutions for cross-border payments.

CBDC is a digital form of the fiat currency issued by a central bank. While central banks have different reasons for exploring CBDCs, a common driving force, that is also relevant for Bhutan, is the need to adapt to the overall digital transformation in the way we live, interact and transact with each other. Since cash is the only form of central bank money available to the general public, retail CBDCs provide a digital alternative to the public in the face of declining usage and acceptance of cash.

“It is timely that the RMA explore a digital alternative to its money, a Digital Ngultrum, that promotes efficiency and innovation within the overall context of the country’s drive to harness technology for a 21st century Bhutan. Building atop its current payments infrastructure, the RMA will pilot retail, cross-border and wholesale payment use cases for a digital Ngultrum using Ripple’s sustainable block-chain technology, which will be tested in trial phase with the banks, payment service providers and other relevant stakeholders.”

This will help it achieve its goal of 85% financial inclusion in Bhutan by 2023. Back in October 2019 Bhutan launched its own cryptocurrency called “Prizm”. The government had announced that Bhutan citizens will be given 100 Prizm coins, adding that the government injected US$50 million to back this project.