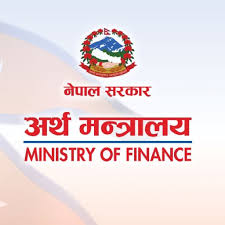 Kathmandu: The Ministry of Finance has issued a clarification after the announcement that no source of investment will be sought in the construction of infrastructure of national priority including hydropower and highways has become controversial.

The ministry issued a statement on Monday stating that the provision of non-disclosure of sources of investment will not be implied against the income received from money laundering, terrorist activities, corruption or any other punishable act.

Finance Minister Janardan Sharma had made public the Finance Bill 2078 last month by adding Article 11C of the Income Tax Act 2058 BS that provides exemption to source of income.

The government’s announcement has been widely criticized for encouraging money laundering and tarnishing Nepal’s image in the international arena. It is feared that this provision has been brought with the intention of helping the businessmen close to the government to launder illegal capital under the guise of investment.

The Financial Action Task Force (FATF) is conducting a detailed study of investments in money laundering and terrorist activities in countries around the world. Based on the classifications made on the basis of such studies, foreign banks for foreign exchange transactions and donors for foreign aid make decisions. Countries on the gray list may be selling goods at exorbitant prices, charging extra fees, providing late services, or even imposing a complete ban on foreign trade.