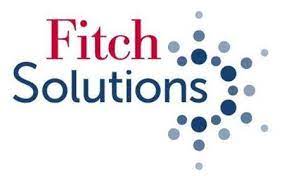 Kathmandu: US based research organization, Fitch Solutions forecast stronger real GDP growth of 5.0% for Nepal in FY22 (mid-July 2021 – mid-July 2022), up from 4.0% provisionally estimated for FY21. A recent research report published by Fitch Solution mentions that ‘Rising Covid-19 vaccination rates over the coming months to support an easing of restrictions in the Kathmandu Valley and also a more sustained and material revival of international tourists to the country. Construction will also be a major growth driver, supported by transport and other building projects, although labour constraints may cap growth. 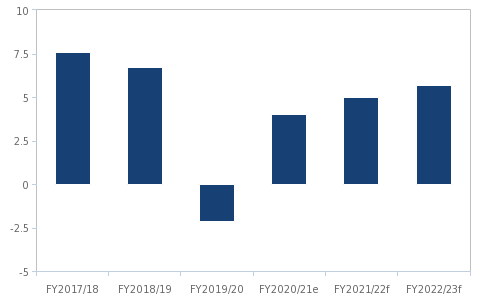 The report further mentions that Nepal’s Covid-19 vaccinations to continue progressing at a moderate pace, with prospects for an acceleration in 2022, the estimated time India has set to resume its vaccine exports. As of September 5, 19.3% of the population having received at least one dose and 17.0% of the population considered fully vaccinated, after the nation began its vaccination drive in February. Nepal’s Covid-19 vaccination drive is currently being sustained by donations from China and Bhutan, although the nation’s supply is still far short of what it needs to fully inoculate even 75% of the population, with 85% being the threshold for herd immunity against the more transmissible Delta variant.

‘‘While Covid-19 restrictions have been eased in most parts of the country, a high level still remains in the main economic centre Kathmandu Valley, given a test positivity rate of about a third. Restrictions have been in place since the start of FY22 and have been extended to September 1, and could still be extended further. This will continue to weigh on growth in the contact-heavy services sector in particular, as well as construction projects in the meantime in the Kathmandu Valley as workers from the surrounding regions and from neighbouring Indian states continue to be apprehensive in taking on jobs in Nepal due to contagion fears.’’

Easing restrictions and better vaccination rates domestically will also provide more confidence to international tourists seeking a holiday in Nepal and this should also see tourist arrivals recover.  Nepalese construction industry, which relies on labour from neighbouring Indian states, will ease as contagion fears fall. This will facilitate progress on previously stalled or slowed projects in areas such as transport, civil engineering infrastructure, and general building construction. In addition to existing Belt and Road projects underway, India has also provided NPR8bn (USD67.2mn) in financial aid for road projects in Nepal in March 2021, which we expect to be disbursed over FY22.

The agriculture outlook faces some uncertainty despite a good summer monsoon outlook given flood reports in certain areas of the country, which will delay or even prohibits timely sowing activity. For now, we forecast output to grow at around 2-3% as it has over the past two fiscal years.

Subject to Success of Vaccination Drive: Our optimistic forecast is contingent on Nepal achieving sufficient vaccination progress to reopen its economy domestically and externally on a sustained basis as well as growth in agricultural output. Failure to contain its domestic Covid-19 outbreak and/or a poor harvest will weigh on growth in FY22 should downside risks indeed materialize.

Fitch solution is the research wing of Fitch Rating Agency. Ministry of Finance had awarded the contract of the Sovereign Credit Rating of Nepal to Fitch Rating in December 2019. The rating job has not been completed yet. Government official admitted that the rating is delayed due to Covid19 pandemic.