Kathmandu: The Health Insurance Board(HIB) has collected Rupees 2.73 billion during last eight and half months duration.

According to the data made public by the HIB, Rs.2.738 billion has been collected from January to mid-September 2021. As per the data published on its website, the month of June remained the highest premium earning month for year 2021 till date. During July alone, it has collected 1.2 billion insurance premium. It accounts to 56.17 percent of the total premium income. 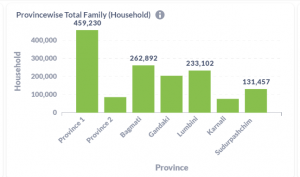 Individual health insurance cover upto Rs.100k sum assured is guaranteed with the payment of Rs.3,500 annual premium for a family of five members. Additional premium is payable for additional number of insured.

Though the government has implement it as a social welfare program. The program has been widely criticized due to the hassles faced by the insured while undergoing treatment or purchasing medicine from the pharmacy.

Most of the well-known hospitals are over-crowded due to the free treatment under this scheme, while the hospitals lack adequate manpower and physical infrastructure.

On the other hand, most of the medicine prescribed by the doctors are unavailable at the nearby pharmacy of the hospitals.