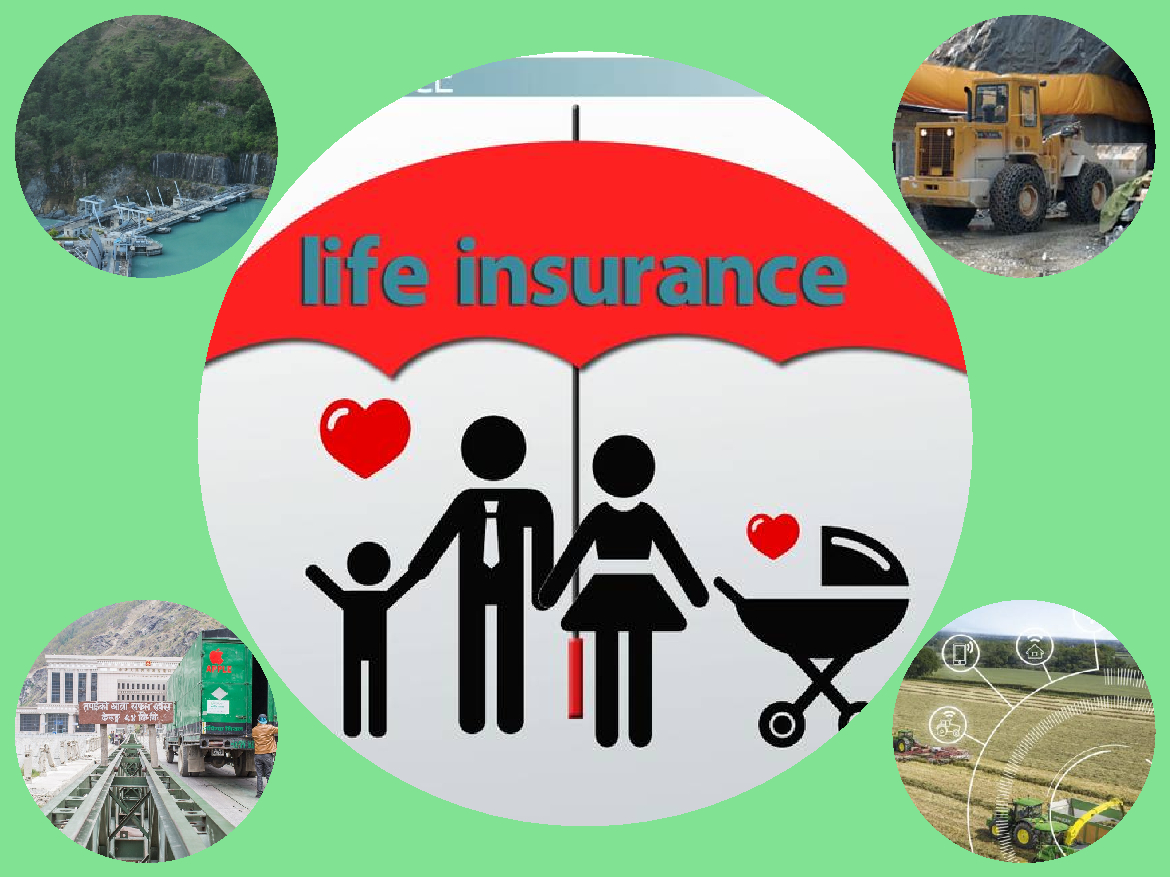 Kathmandu: The major chunk of life insurers’ investment is concentrated on fixed deposits of commercial banks and financial institutions. As per the date provided by the Insurance Board, 81.12 pc of life insurance companies’ investment is still occupied by bank deposits.

The companies have invested Rs. 243 billion in fixed deposits of Commercial Banks in the last FY. It is 70 percent of their total investment.

The companies have invested Rs. 343 billion in various sectors last year. Out of this, Rs. 278 billion has been invested in term deposits of commercial banks, development banks and financial institutes alone. Although the Insurance Board has paved way for diversified investment through Investment Guidelines, the insurers are reluctant to traditional sector investment only.

The second largest investment after fixed deposits is in bonds of various companies. The companies have invested 6.28 percent i.e. Rs. 21.54 billion in the bonds of listed companies. Similarly, 5.33 percent investment made in preferred shares and bonds of banks and financial institutions.

Life Insurers have invested Rs. 2.4 billion in Government’s bonds and debentures. Only Rs. 362.4 million has been invested in real estate.

The Insurance Board had directed to invest in agri-tourism, water resources and other infrastructure as prescribed for the development of the country. But the companies did not seem to heed the directive. The companies have invested only Rs 3.9 billion in such sectors. Apart from this, Rs 6.54 billion has been invested in various other sectors.

Life insurers admit that the majority of their investment is concentrated to the fixed deposit as it is a risk free investment. We have billions of rupees collected from insured, we have the responsibility of safety of their money and provide risk free return.