According to the unaudited financial statements of the fourth quarter of the last fiscal year 2077/78 published by 18 other life insurers besides Rastriya Bima Sansthan, this figure includes the amount of partial payment, survival benefits, maturity payment, surrender and death claim.

LIC Nepal, which has paid the second highest in total claim, has paid Rs.7.49 billion. In the previous FY, LIC Nepal had paid a total of Rs. 3.76 billion. Its claim payment has increased by 99.28 percent. 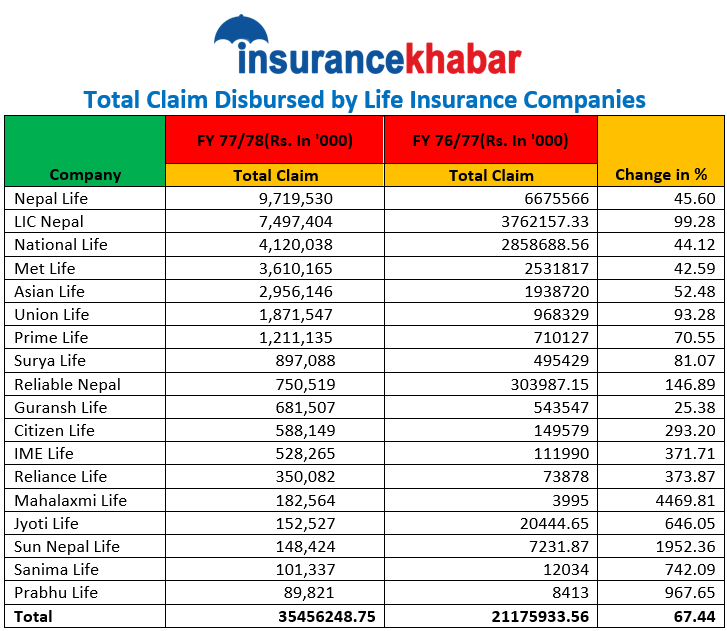 The insured have received Rs. 4.12 billion from National Life Insurance, which has paid the third highest in total claim. In the previous FY, National Life had paid Rs. 2.85 billion to the insured. Its claim payments have increased by 44.12 percent. 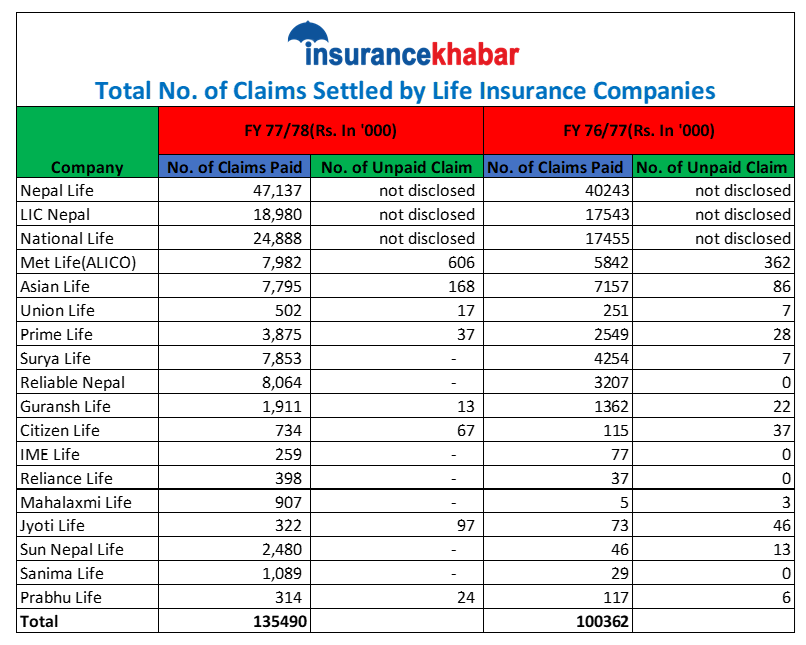 Asian Life Insurance ranks fifth in terms of total claim payments. It has paid claims of Rs. 2.95 billion. The claim of Asian Life, which paid Rs. 1.93 billion in the previous fiscal year, has increased by 52 percent.

Of the 18 life insurance companies included here, Prabhu Life Insurance is the company that has paid the least amount of claims. Prabhu Life’s insurer has disbursed claim of Rs. 89.8 million in the last FY. In the previous FY, Prabhu Life had paid a total of Rs. 8.413 million to the insured.