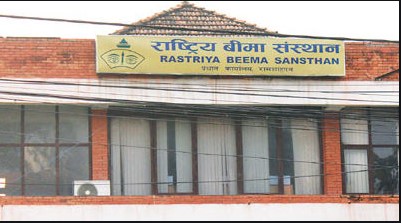 Kathmandu:The life insurance fund of Rastriya Bima Sansthan has increased by an additional 24.23 percent.Rs.32.93 billion has been deposited in the life insurance fund of Sansthan. Similarly, the reserve fund has also increased by 19.69 percent. Rs. 342.1 million has been allocated for the reserve fund. The paid up capital is only Rs. 181 million. The corporation has not raised capital as per standard by defying the Insurance Board.

The organization has increased its own premium income by 7.32 percent last year. Net premium income during this period was Rs. 7.58 billion. It was Rs.7.06 billion in the corresponding period of the previous year.

It has earned Rs. 2.37 billion from investments made in various sectors. Despite the increase in revenue, net profit declined by 4.71 percent. The organization has earned a net profit of Rs. 56.2 million during the period.