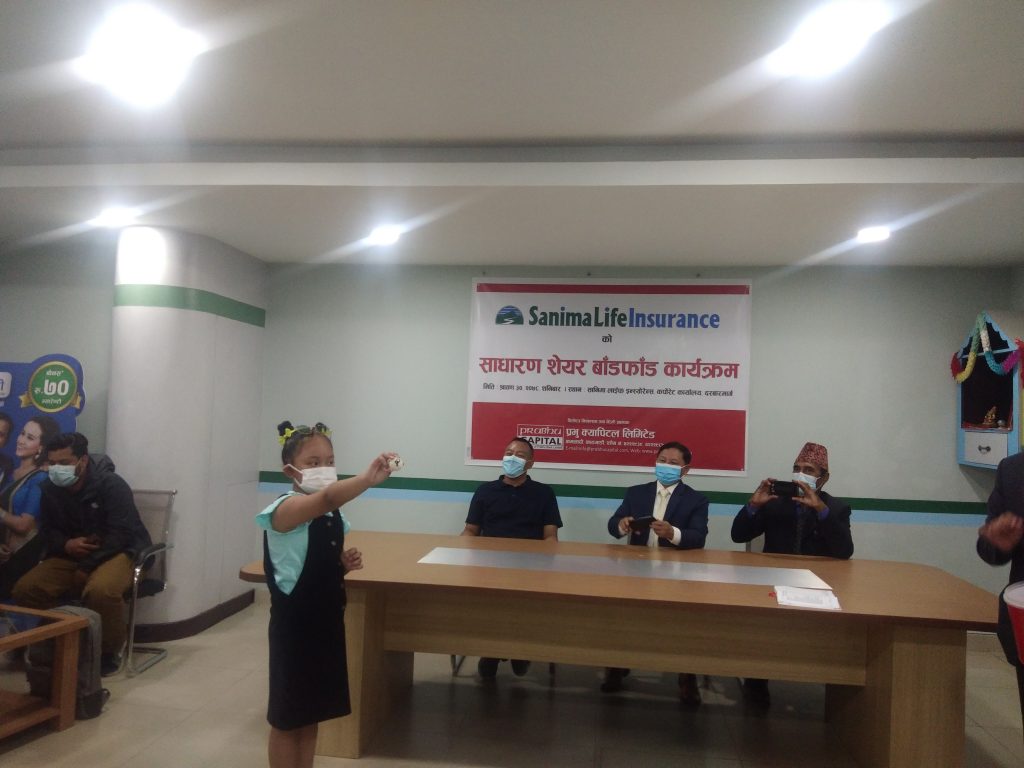 Kathmandu. The primary shares of Sanima Life Insurance Company have been distributed today. The distribution has been completed at the company’s business office at Durbar Marg.

Out of the 6 million shares on behalf of the general public, 5 percent or 300,000 shares have been distributed to the mutual fund. The remaining 5.4 million lots are available to the general public. Out of 23 lakh 8 thousand 122 eligible applications, lucky 5 lakh 40 thousand have received 10/10 lots of shares. The remaining 1.768 million people have been left empty-handed.

The IPO allotment result can be checked on http://results.prabhucapital.com/