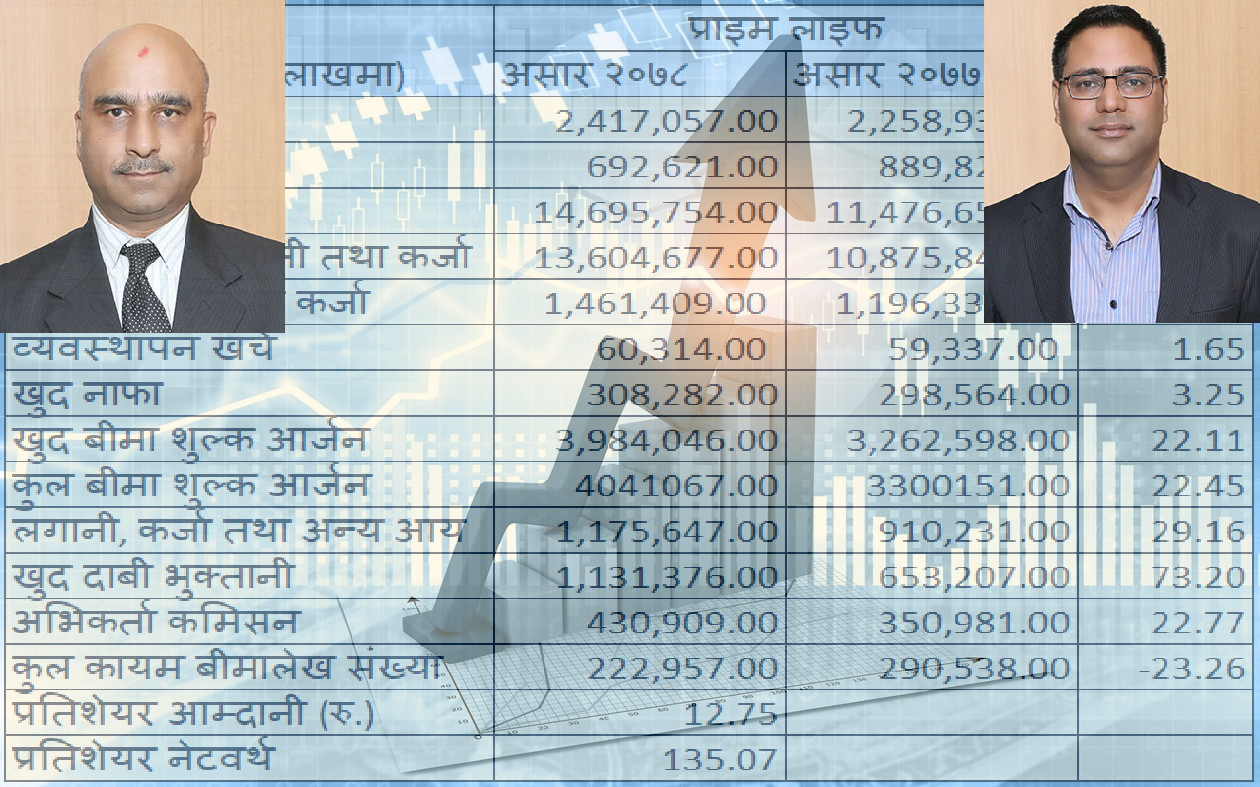 Both total premiums and own premiums have improved by more than 22 percent. During this period, the company has managed to earn Rs. 3.98 billion in net premiums and Rs. 4.4 billion in total premiums. Along with the improvement in insurance premium collection, the company has also increased long-term investment and loans by 25 percent. Prime Life has disbursed long-term investments and loans of Rs.13.60 billion. Similarly, the credit to the insured has also increased by 22 percent. The company has invested Rs. 1.46 billion in the last fiscal year only by pledging insurance policies.

Management seems to be trying to control some of the costs. The company’s management expenses increased by only 1.65 percent to Rs. 63 million. Claim payments has increased by 73 percent last year. The company has paid a claim of Rs. 1.13 billion in last FY alone. In previous FY, it was Rs. 653.2 million only. The commission received by the agencies has also increased by 22 percent. During this period, the agents have received a commission of Rs. 439 million. The number of insurance policies maintained till this year has decreased by 23 percent last FY. Currently, there are only 2,22,000 insurance policies. Earnings per share is Rs. 12 and net worth per share is Rs. 135.