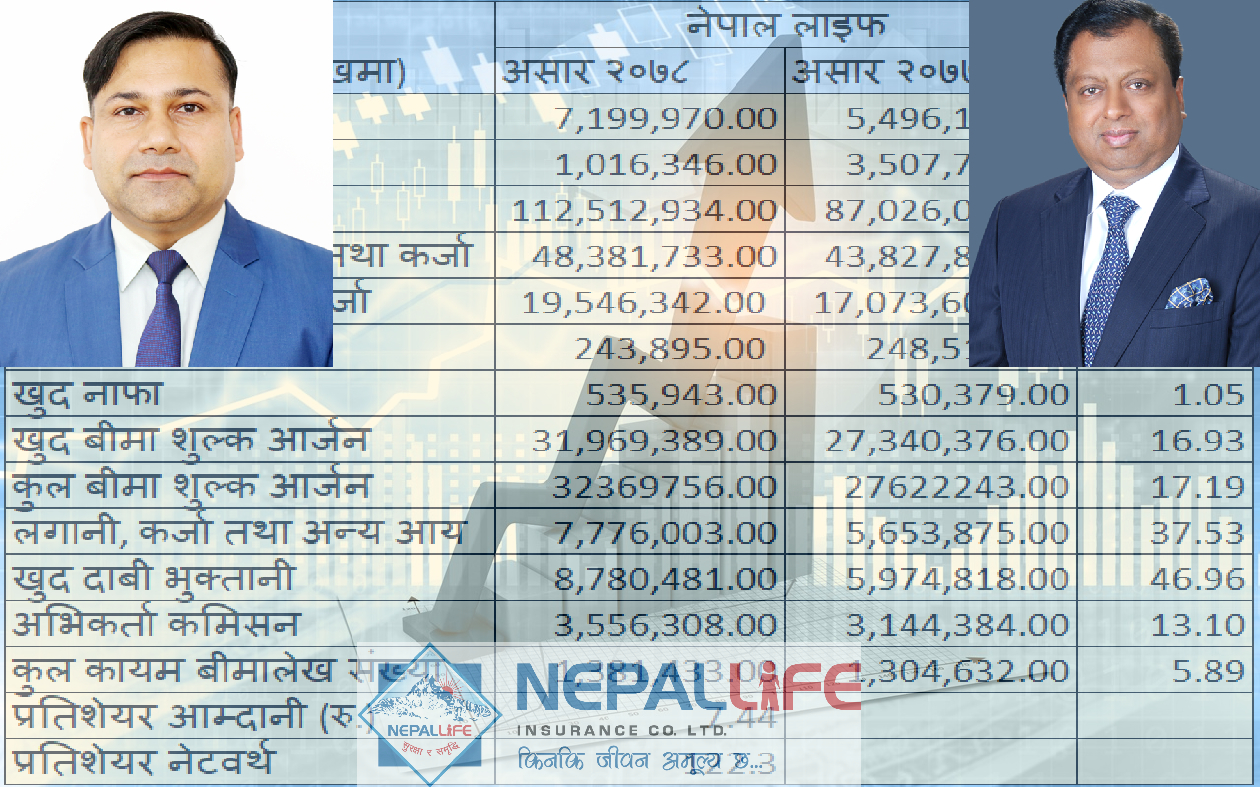 Although the life insurance fund seems to have succeeded in increasing by 29 percent, the reserve fund has decreased by 71 percent due to 51pc dividend paid last year. The company’s reserve fund has fallen from Rs 3.5 billion to Rs 1.1 billion. At the same time, the company’s ability to pay dividends has declined. The company has managed to increase its paid up capital to Rs. 7.19 billion by issuing 31 percent bonus shares from the AGM of 2075/76. Nepal Life has the highest paid up capital.

The company has been able to improve its net profit only slightly in the last fiscal year. This is an unaudited profit. Real profits are made public only after the actuarial valuation of insurance companies. The company has made a profit of Rs. 535.9 million last year.

The commission received by agents has also increased by 13 percent. The agents have received a commission of Rs 3.55 billion during this period. At present, the total number of existing insurance policies has increased by 5 percent to 1.381 million. Earnings per share is Rs. 7 and net worth per share is only Rs. 122.