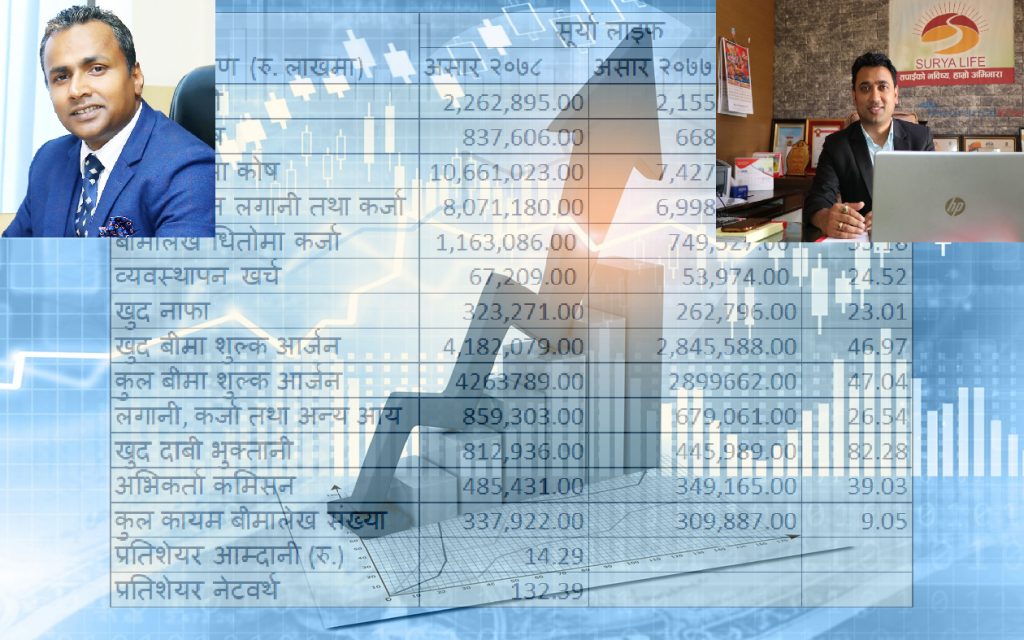 Surya Life has improved long-term investment and credit by 15 percent. It has invested Rs.8.7 billion in such sectors. Similarly, insurance policy collateral has also increased by 55 percent this year. The company has invested Rs. 1.16 billion in the policyholders.