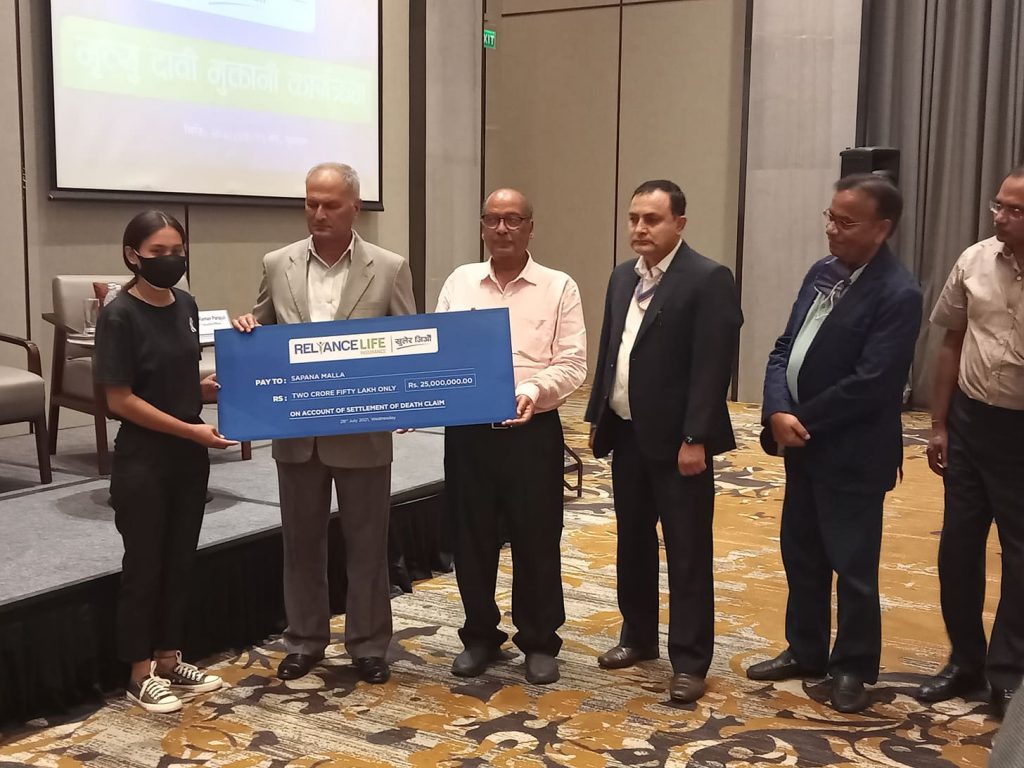 Kathmandu:Reliance Life Insurance Company has paid a death claim of Rs. 25 million to the family of the insured Sajjan BK.
At a function on Wednesday, Surya Prasad Silwal, chairman of the Insurance Board, handed over a check of Rs 25 million to Sapna Malla, wife of deceased. Insured BK died while undergoing treatment after a road accident on 15 April 2021.

BK had purchased ‘Reliance Limited Payment Endowment Life Insurance Policy’ worth Rs. 12 million on 11 March 2021.  Along with this, BK had bought a term policy of Rs 3 million. The nominee has received a claim of Rs. 6 million against accidental death risk included in Term Plan,Rs. 12 million for Endowment Plan and Rs.7 million for additional accidental death rider.

Late BK had bought a endowment life insurance plan with a term of 20 years.  He had paid the first premium of Rs. 522,880 while purchasing the insurance policy.  Similarly, he had paid Rs. 10,350 for term policy of SA 3 million.

Chairman of the Insurance Board Silwal thanked the company for paying the claims on time.He has requested to insure only after completing the entire process as there is a problem in paying the claim as the insurance companies have not considered the underwriting.

Tara Chand Kedia,the chairman of the BOD of Reliance Life Insurance said that the company is always dedicated towards excellent service delivery to its insured.