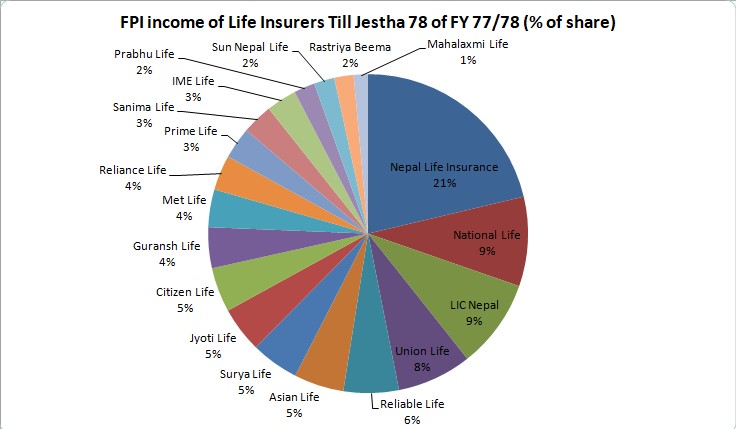 LIC is Nepal declined to third position in terms of FPI with approximate 3 percent market share. It has collected Rs. 3.17 billion FPI by mid-June. Similarly, Union Life Insurance Company has earned the first premium of Rs 2.66 billion which accounts to 8 percent of the industry’s FPI. Union remains on top among the fourth generation life insurers.

Similarly, Reliable Nepal Life has earned Rs 1.97 billion with 6 percent share. The FPI of Asian Life(ALIC) has been declining since third quarter. It stands at sixth position with FPI Rs 1.78 billion. Earlier ALIC used to be in top 5 position among life insurers.