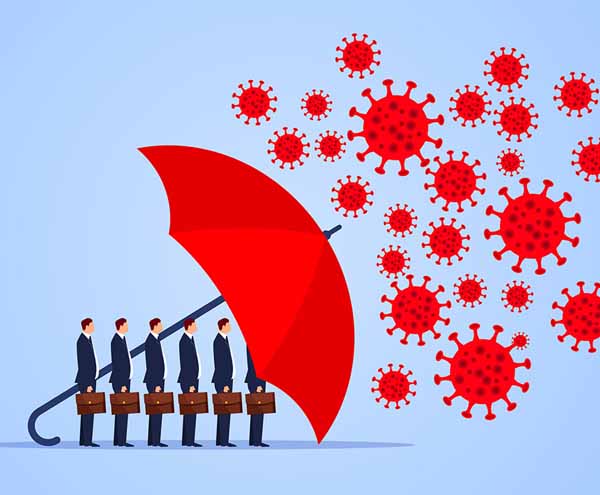 Kathmandu: Thousands of insured have not been able to get claims as the Ministry of Finance of the Government of Nepal has not allocated funds for Covid19 Insurance.

According to the Beema Samiti, Covid19 Insurance has received claim of Rs 10.97 billion. Out of which, Rs. 4.81 billion has been paid behalf of Covid19 claim pool and and the insurance company. But the Government of Nepal has not made contribution to the Covid19 claim fund as the prior commitment.So, thousands of claims remained pending.

Chairman of Samiti, Surya Prasad Silwal informed that Samiti has demanded Rs. 3 billion from the Ministry of Finance but it has not been received yet. Silwal said that despite repeated discussions with the ministry on the issue, the amount could not be received.

The ministry had earlier paid Rs. 41 crore for the claim but has not released the balai fund.Even if some companies pay Rs. 3.5 billion through the Covid19 claim pool and Rs 4.81 billion through their own funds, they will have to pay Rs 6.16 billion immediately.

A claim of Rs 10.97 billion has been received on the basis of the applications received so far. Out of which, Rs. 7.71 billion has been verified. Rs 6.61 billion, including verification, has to be paid immediately. But according to the Covid19 insurance criteria, the government’s liability is Rs 6.18 billion.

According to Beema Samiti, the number of Corona insured has reached 1.758 million so far. Of these, 958,198 are insured only from the grant of the Government of Nepal.

One lakh 14 thousand 633 of the insured have claimed after Covid19 confirmation. About 7 percent of the insured have made claimed.
Such a issue would not have arisen if the Beema Samiti had paid the claim according to the second criterion instead of the provision of paying the sum to insured as per the initial provision.

As per the amended or later provision, the insured would receive the claim upto Rs.1 lakh only against the hospital and medical invoice. But Samiti has been releasing the payment based on the initial provision which states that Rs.1 lakh is payable once a insured is clinically identified as Covid19 positive.