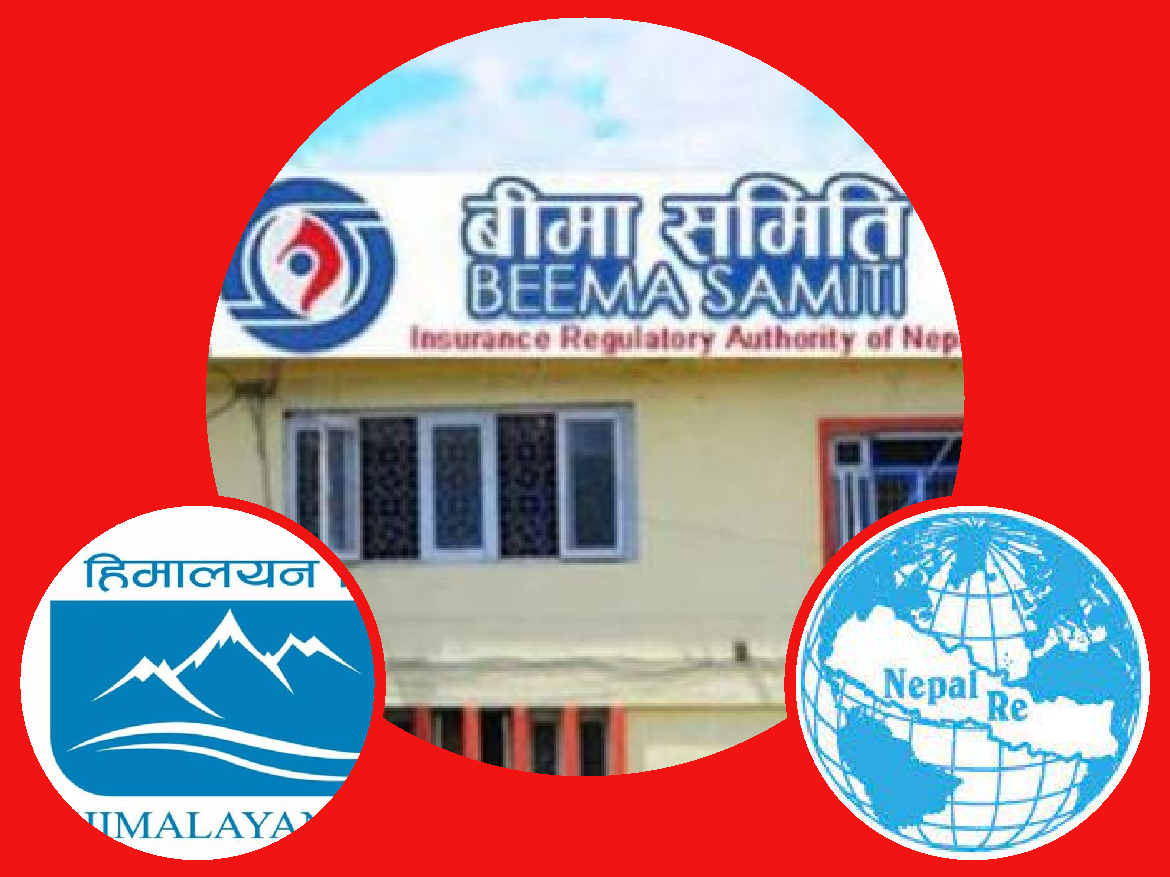 Kathmandu: The newly licensed Himalayan Reinsurance’s promoters are busy in making coercive decisions against insurance companies for reinsurance business. The promoters are believed to  be using political influence to convince Beema Samiti(BS), the regulatory authority, for making a provision of 100 percent reinsurance with the domestic reinsurers.

The newly licensed Himalayan Re has been pressuring BS from the Finance Ministry to ensure its business. The company seems to be looking for business assurance even before it formally comes into operation. Himalayan Re had obtained the reinsurer license from BS in May.

Insurance Companies are dissatisfied with the ongoing development. One of the CEOs commented, ‘What would happen if we would face earthquake like catastrophe. Can the domestic reinsurers bear the total financial loss.’

In reinsurance, the company must focus on attracting more business from foreign countries to make contribution in foreign currency income. Avoiding the perspective of attracting foreign business, the new player is completely focusing on domestic business only.

If the government and BS make arrange for reinsurance in only two companies, the chief executive officers say they will challenge such decision in the court.

The companies are of the opinion that there is no need to discuss the provision of full risk sharing with the domestic reinsurance companies because it will accelerate the risk of collapse. On the other hand, even for the FD, insurers are not allowed to deposit all sum in a single national level commercial bank.

A senior official of BS said that there was no need to make hue and cry as only discussions were being held on the new possibilities of restricting the reinsurance business to go abroad.