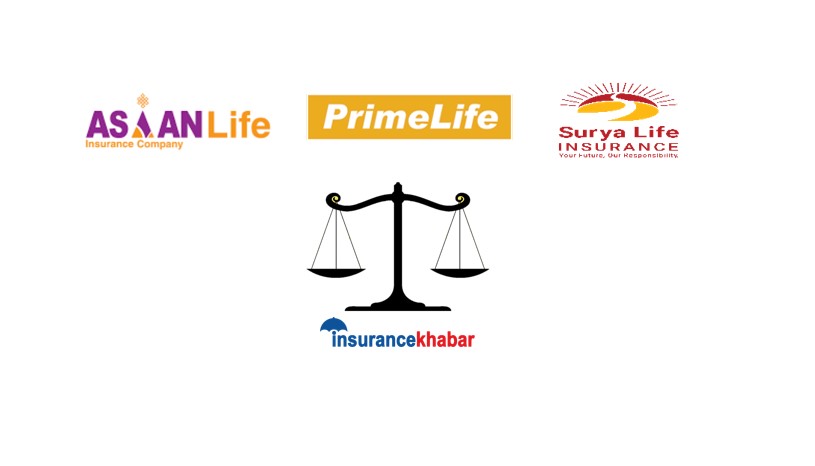 Kathmandu: Asian Life, Prime Life and Surya Life are the 3rd generation life insurance companies of Nepal. These life insurance companies along with Guransh life have came into operation 13 years ago.
These days we have found that investors of secondary market are interested to compare these companies for their investment opportunity.
We have presented here the comparative analysis of Asian Life, Prime Life and Surya Life :

Based on net profit:
Surya Life has made the highest net profit till the third quarter Rs 290 million, Prime Life made a profit of Rs 220 million and Asian Life has the lowest profit of Rs. 180 million. Surya Life’s profit has increased by 56 percent during the review period.

By book value:
The maximum book value of Surya Life is Rs 142.

(The data is presented from the financial statements published by the respective companies. This analysis is not complete. Investors need to do more research before making a trading decision.)