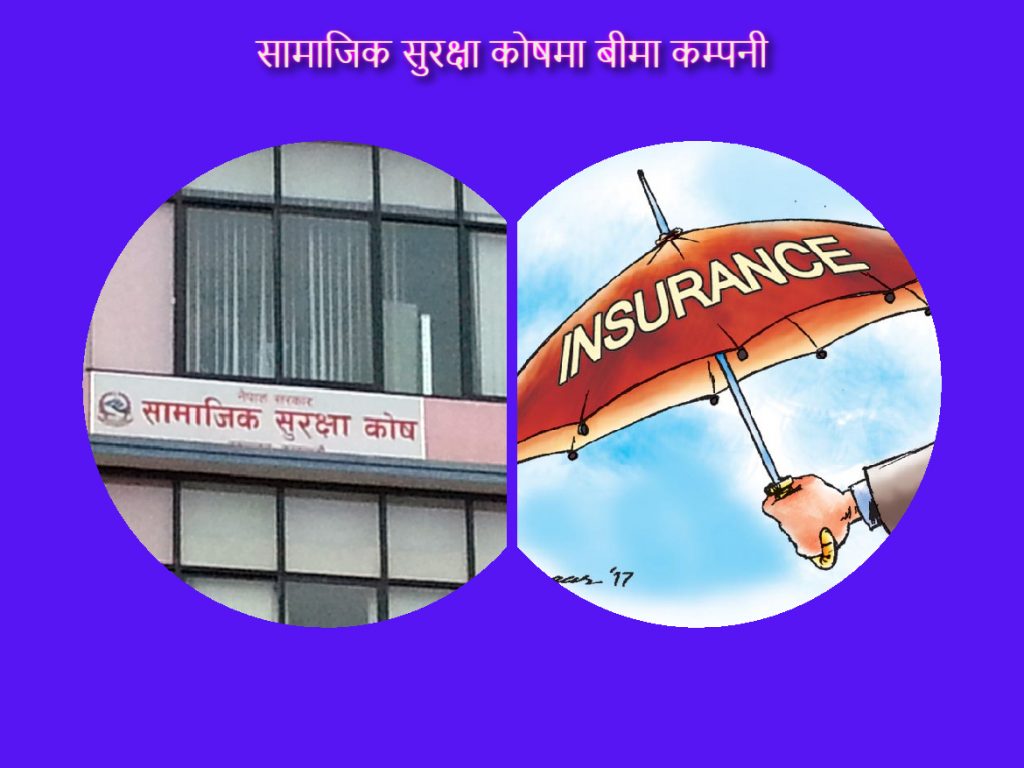 Kathmandu. Insurance Companies have made a contribution of Rupees 42.1 millions to the  Social Security Fund(SSF).

The fund has unveiled various schemes to attract bankers and insurers. In this context, the latest amendment of the Social Security Fund Investment Procedure 2077 seeks to attract employer and workers, said Mr. Kapil Mani Gyawali, Executive Director of the Fund.

Through the budget statement, the government has announced that the government will bear the amount of the workers’ contribution to the social security fund for the months of Jestha and Ashad( 15 May to 15 July 2021 ) of the current fiscal year.
In order to attract the companies not affiliated with the fund, if any company is listed by mid-July of the current FY and deposits for the contribution of the month of Baishakh, Gyawali has made commitment that the government will deposit the amount for Jestha and Asar.

The provision of 28.33 percent of the salary of the employees and workers belonging to the SSF to be received as pension only after 60 years has been amended. Mr. Gyawali informed that the old age security plan has been broken down while amending the Social Security Fund Investment Procedure 2077 BS. From now on, 20 percent will be deducted from the pension scheme and 8.33 percent from the retirement facility scheme. Employees will now receive 20 percent of their contributions as a retirement pension, and the remaining 8.33 percent as a lifetime pension.
According to Mr. Gyawali, the special offer has been announced so that the workers of the employer who will join the fund by mid-July can get 28.33 percent of the amount as pension.

Those who are drawing huge salary are refusing to go to this fund.
The senior level employees’ main concern is that by depositing 20 percent of salary in the fund, will be a loss if they get the pension in their old age.
It has been criticized that if such a large amount of money invested to the fund, it will be a loss. They have been saying that a certain amount could be fixed for the employees who receive the salary and they could contribute on the same basis.

Addressing the issue,Mr. Gyawali, said that the fund has set a ceiling of up to three times the minimum wage and can be contributed accordingly. He said, “Those who have a salary of lakhs of rupees have been provided the facility to voluntarily keep the pension on the basis of up to three times of their salary.And keep the rest of the salary for pension scheme.”

31 percent of the basic wage of the worker has to be deposited in this fund. Out of which the employer has to contribute 20 percent and the rest from the workers.

Out of the 31 percent of the wages contributed by the workers, 28.33 percent is allocated for the incremental security scheme. This scheme is also divided into two parts. Under this, 20 percent in pension scheme and 8.33 percent in retirement scheme.
Under the previous arrangement, this amount could be received only after reaching the age of 60 years. Now this amount can be received by the workers from the retirement fund.

Health treatment facility of up to Rs.100,000 is provided.
Workers can go to any hospital in Nepal for treatment, but the Fund will release the medical claim as ler the fee standard set by the Government Hospital.

Similarly, the wife of a male contributor or the female contributor of pregnancy can be treated for everything from the cost of getting tested regularly to the cost of treatment from hospitalization to obstetric surgery.
Expenses related to maternity up to 6 weeks of gestation and treatment of infants up to three months can also be reimbursed. If the contributor is a woman, she can be paid for maternity leave for an additional 38 days above 60 days.

Must have contributed to the fund for three consecutive months for these facilitt. Similarly, the contributor can avail this facility for three months after he has stopped contributing.