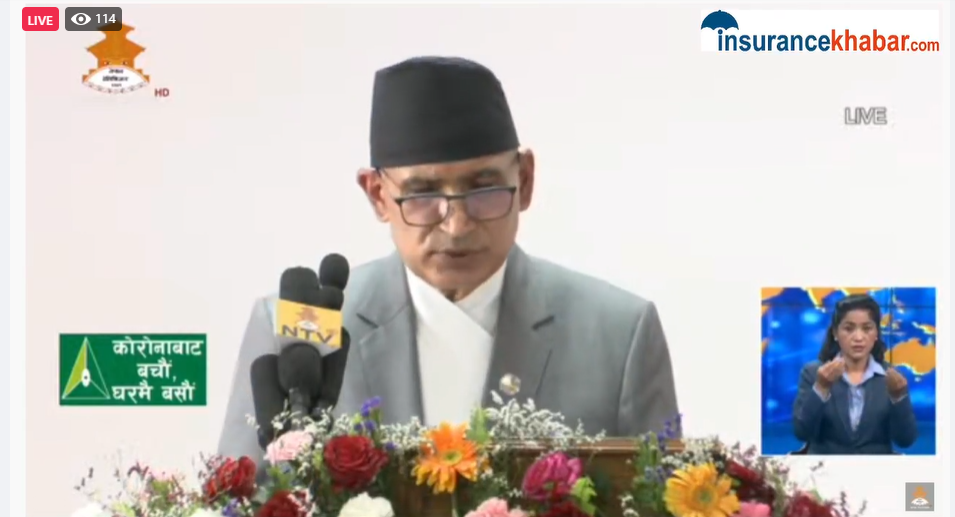 Kathmandu: The government has set target to expand the coverage of 33 percent from current 24 percent.

And the proposed budget for upcoming financial year has given priority to non life insurance (general insurance) sector while ignoring the life insurance sector completely.

Experts opine that government has not addressed enough on the proposed budget of Financial Year 2078/79(2021/22) to materialize it’s target. Government has given much more emphasis on the promotion of non life insurance than life insurance.
The regulatory authority of insurer,Beema Samiti, had recommended government to give exemption upto Rupees 50,000 in income tax calculation.But the government seems indifferent to the Samiti’s suggestion.

Finance minister Mr Bishnu Prasad Paudel today presented the annual budget for Financial Year 2021/22.The budget has announced to include private property insurance expenses upto Rupees 5 thousand while calculating individual’s income tax.It may promote property insurance.
The subsidy against agro and cattle insurance has been slashed to. 50 percent from existing 75 percent.Furthermore,fifty percent subsidy on insurance premium of herbs farming has been included the budget statement.