Jha joins as BOD of Surya Life after successfully completing two decades long tenure at Nepal Life Insurance. Nepal Life Insurance is the market leader in life insurance industry. Despite his outstanding performance the BOD of Nepal Life could not continue him due to the new corporate governance directives of Beema Samiti, the regulatory authority.

With the speciation of improved performance of the Surya Life insurance and better return to the shareholders, the buyers are attracted to SLIC.

This week the share price of SLIC has been gradually increasing. Secondary market price increased by 14 percent.Last weekend the stock price was Rupees 904 and this week it’s Rupees 1034. 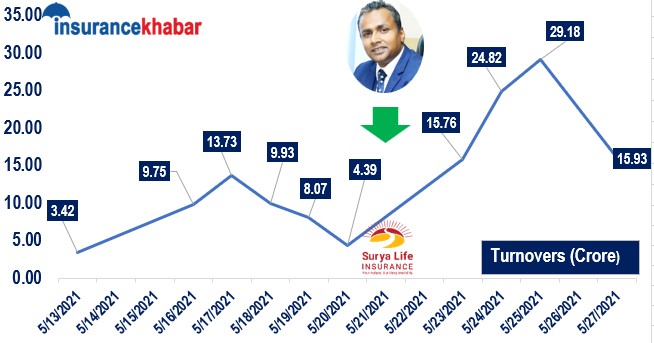