Kathmandu: The Asian Development Bank (ADB) has said that the provision of obligatory re-insurance will reduce the quality of security provided to the primary insurance market and increase the cost of coverage for consumer.

The ADB’s study report on ‘The Enabling Environment for Disaster Risk Financing in Nepal’ notes that the provision for Nepal to enter into mandatory cession for re-insurance agreements with Nepal Re would further risk the overall insurance sector and make insurance premiums more expensive.

In the study report made public in August 2019, the ADB has said, ‘ In a region where catastrophic events are all too frequent, it will be critically important to ensure that a government-owned reinsurer does indeed possess these attributes, so that there is no decline in the quality of reinsurance protection being provided to the industry. Moreover, if Nepal Re is only acting as an intermediary, it would be adding a layer of cost to the system, with little value added. Every system cost must ultimately be borne by policyholders. In a low-income country such as Nepal, where costs must be minimized in order to maximize the coverage that will be affordable to the public, any factor that gives rise to higher costs will be problematic. ‘

The introduction of mandatory cessions to a government-owned entity may be beneficial in terms of developing greater reinsurance expertise within the country, the fundamental purpose of reinsurance is to provide security in times of great need. Care must, therefore, be taken to ensure there is no compromise of security.

The report, released in August 2019, explicitly states that compulsory reinsurance in a Nepal Re could potentially undermine the quality of security provided in the primary insurance market. And risk-bearing costs for consumers.

In another report of the National Planning Commission, it has been stated the re-insurance support has covered around 80 percent of insured loss for Nepal during the destructive earth-quake of April 2015. The insurance sector faces claims exceeding NPR 16 billion; a large share of this is re-insured abroad, but local liability remains substantial. 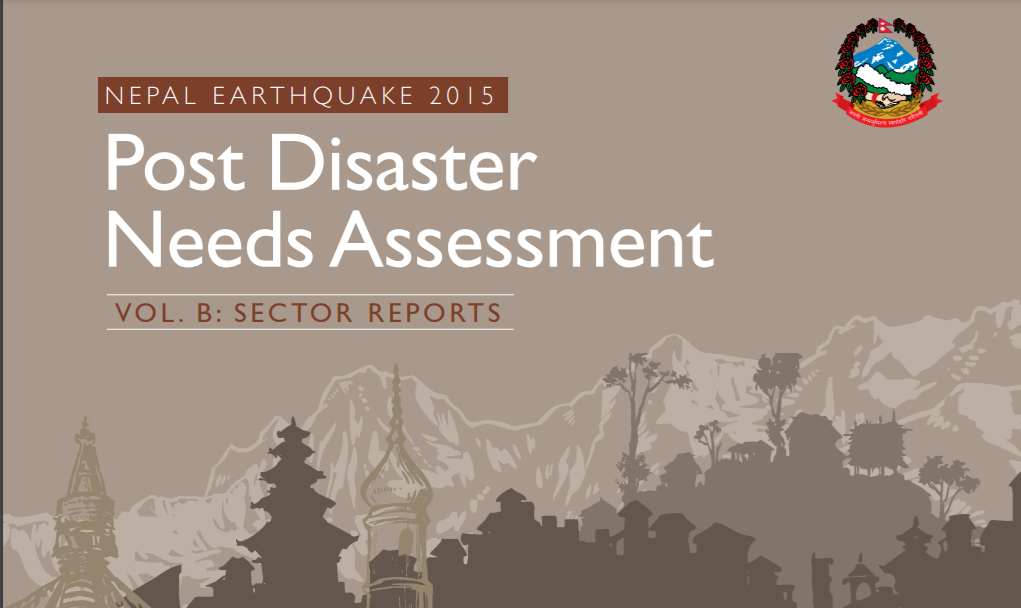 ‘For the insurance sector the impact of losses is largely mitigated by the fact that around 80 per – cent of the liability is covered under reinsurance treaties. While the sector as a whole is thinly capitalized, the number of claims is low given the scale of the disaster (estimated by the Insurance Association at 15,000 potential claims, of which 13,000 have already been claimed), representing a maximum of NPR 16 billion of covered losses. The Insurance Association estimates that its total losses (i.e., net of reinsurance provided by foreign reinsurers) will not be more than NPR 3.2 billion, but the distribution of losses between the 16 insurance companies may be uneven, particularly if reinsurers find a basis to deny claims. Diagnostics are needed to determine if this is in fact the total amount of un-reinsured losses and the distribution of losses between insurance com – panies (which would determine if any company faces solvency problems).